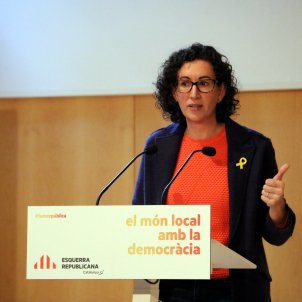 A judge from Spain's Supreme Court, Pablo Llarena, has ordered the Civil Guard to investigate the "Strategic Committee" for independence which included deputies and party leaders like Marta Rovira from ERC (Catalan Republican Left), Artur Mas and Marta Pascal from PDeCAT (Catalan European Democratic Party), Anna Gabriel and Mireia Boya from CUP (Popular Unity Candidacy). The "Strategic Committee" also included "independence representatives of social prestige" and the investigation could result in a large-scale case with a hundred facing charges. The Enfocats document Llarena is basing the investigation on covers the so-called "Supreme Command" of the independence process, formed by individuals, the majority of whom are not politicians, considered "influencers close to the process".

Supreme Court sources tell El Nacional that the judge is just starting the investigation and that, at this point, he wants to know "the roles of other people" who appear in different documents the court has seen. One of these documents is "Enfocats", a strategic plan to move forward the independence process which, although it includes no names, does list the job titles of those who would have formed the transition government.

Llarena's move follows the public prosecutors' office last week sending the two prosecutors in the case to Barcelona. There they inspected the documents and material held by different courts in the city which could be relevant to the Supreme Court's investigation.

Specifically, the judge asks the judicial police involved in the case to carry out pending procedures to clarify and justify "if there was a potential initial agreement between the political parties CDC [Convergence] and ERC and the associations ANC [Catalan National Assembly] and Òmnium, as well as the Association of Municipalities for Independence (AMI) and which could have been aimed at sharing a strategy to achieve the independence of Catalonia". In the same way, the judge asks whether some of these entities funded some of the actions agreed by some of the political parties.

The judge wants the Civil Guard to ask for "objective evidence which might exist which indicate that these political parties and associations or any of their main members motivated, supported or learned of, without later changing their plans, the social mobilisations which were carried out as a tool to achieve or facilitate the declaration of independence".

Llarena also calls for the Civil Guard to provide an individual, sequential report on the different "acts of aggression and damage, as well as of serious resistance and intimidation suffered in Catalonia during the secessionist process". They are to mainly focus on 20th and 21st September, 1st October, 3rd October and 8th November, to clarify the participation of each of those under investigation.

Looking for misuse of funds and disobedience

In the same order, the judge asks for another report on the public funds which were available for administrative initiatives which were overturned or prohibited by the Constitutional Court, like civil campaigns, design and broadcasting of promotional videos, printing posters or ballot slips and distributing them, buying ballot boxes, registering Catalans abroad, etc.

Finally, he asks the Civil Guard to look into the orders given by the Catalan Interior Minister, Joaquim Forn, in relation to the courts' bans on the facts under investigation or on their non-existence. Forn is one of the two ministers, together with vice-president Junqueras, who the judge refused to offer bail last Monday, unlike their imprisoned colleagues.

Llarena also asks Barcelona's court of instruction number 13 for details of different interventions carried out in relation to the independence process and which could be of interest for the special case investigating members of the Board of the Catalan Parliament, the ministers and the representatives of ANC and Òmnium for the crimes of rebellion, sedition, malfeasance and misuse of public funds.

Enfocats is a document which the Civil Guard found at the house of the general secretary of the Catalan Economy ministry, Josep Maria Jové, during the searches on 20th September. The Civil Guard places a lot of importance on the report because "it reflects the existence of a group of individuals who defined how and when to carry out each of the actions of the [independence] process and, consequently, of the violence and tumult".

A fortnight ago it emerged that the Civil Guard had presented a number of reports to the National Audience, when the case was still with that court, which indicated the possibility of Marta Rovira, ERC's secretary general, eventually being charged. That report placed special emphasis on the Enfocats document. Although Rovira's name doesn't explicitly appear in Enfocats, her current job title does as one of those responsible for forming a transition government to move towards the republic.

At that time, the new judge from the Supreme Court hadn't looked at anything yet, and his priority was to resolve the appeals from the imprisoned ministers. Once that was done, and the decision had been taken to leave vice-president Oriol Junqueras, interior minister Joaquim Forn and Jordi Sànchez and Jordi Cuixart in prison, the investigation could start.

The first step has been to ask the Civil Guard to undertake these different investigations, including the one which directly affects Rovira and other officials. Enfocats doesn't include names, but it does list the jobs of those who were to form the transition government, including the parties' general secretaries. The government that never came to be is defined on page 40.

Who formed the "Strategic Committee"?

Independence Jordi Sànchez and Jordi Cuixart, one step away from charges of rebellion Gemma Liñán