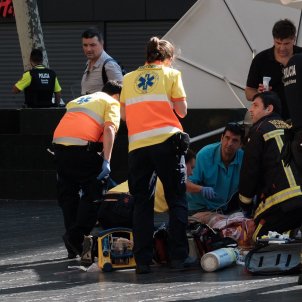 Spain's National Audience caught has partially lifted the secrecy injunction on the investigation into last year's attacks in Barcelona and Cambrils in Catalonia. Judge Fernando Andreu announced it in a new ruling sent to the parties in the case, sources have told El Nacional.

Specifically, details have been released of the parts of the investigation relating to those who died or were injured and those relating to the dead members of the terror cell. On the other hand, all information relating to searches of properties and recorded telephone conversations will remain secret.

The case also includes images which won't be distributed to the parties, they will have to be viewed at the court. These images show one of the accused handling the explosives and the moment of the fatal van attack on Barcelona's Rambla. There are also four DVDs with further images of the Rambla during and immediately after the attack.

The same ruling summonses two witnesses to testify next Monday. The identity of one of the witnesses is secret.

On 17th August 2017, 16 people died and 153 more were injured in the attacks on Barcelona's Rambla and Cambrils's passeig marítim. The Mossos d'Esquadra, the Catalan police, dismantled the cell in four days. Eight of the terrorists were shot dead by Mossos, four were arrested. The cell was comprised of men aged between 17 and 34 who lived in Ripoll and were apparently integrated into the local community. They were apparently radicalised by imam Abdelbaki Es Satty. 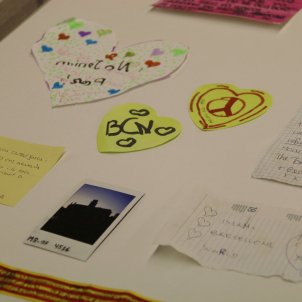