The silhouette of the Sagrada Família is one of the most famous sights in Barcelona, but it's set to change drastically over the next decade. Over a century after building work began, the six main towers have finally broken the milestone of being 100m tall (328ft); by the end of the year they will be taller than anything completed by Gaudí in his lifetime.

The plan is to finish the Matthew, Mark, Luke and John towers by 2021. Currently, nine of the thirteen floors they will each have when finished have been completed, whilst the Luke tower is already up to the tenth. They will all be crowned by sculptures by Xavier Medina Campeny. The tower of the Virgin Mary, over the basilica's main altar, has reached the fifteenth level of the nineteen it will eventually have; the central Jesus tower is at its third level.

The basilica has raffled off 30,000 tickets for the 20th, 21st and 23rd September this year, when members of the public will be able to find out about the state of the works and see models of the sculptures set to crown the four Evangelist towers.

Current state of the works

The construction board plans to finish the main building work by 2026, the centenary of Gaudí's death, with the possible exception of the Glory façade for which it is currently seeking controversial building permission. There will also be years of decoration work left at that point. The Glory façade alone, for example, will require more than 100 statues in total; the board has opened a competition for sculptors to win the contract.

Jordi Faulí, the architect-director of the board, wanted to emphasise the importance of the work done on the Evangelists towers. The plan is to complete the Evangelists' towers to the base of their "terminals" next year, to finish them in 2021; the Jesus tower will be crowned with its monumental cross in 2022. 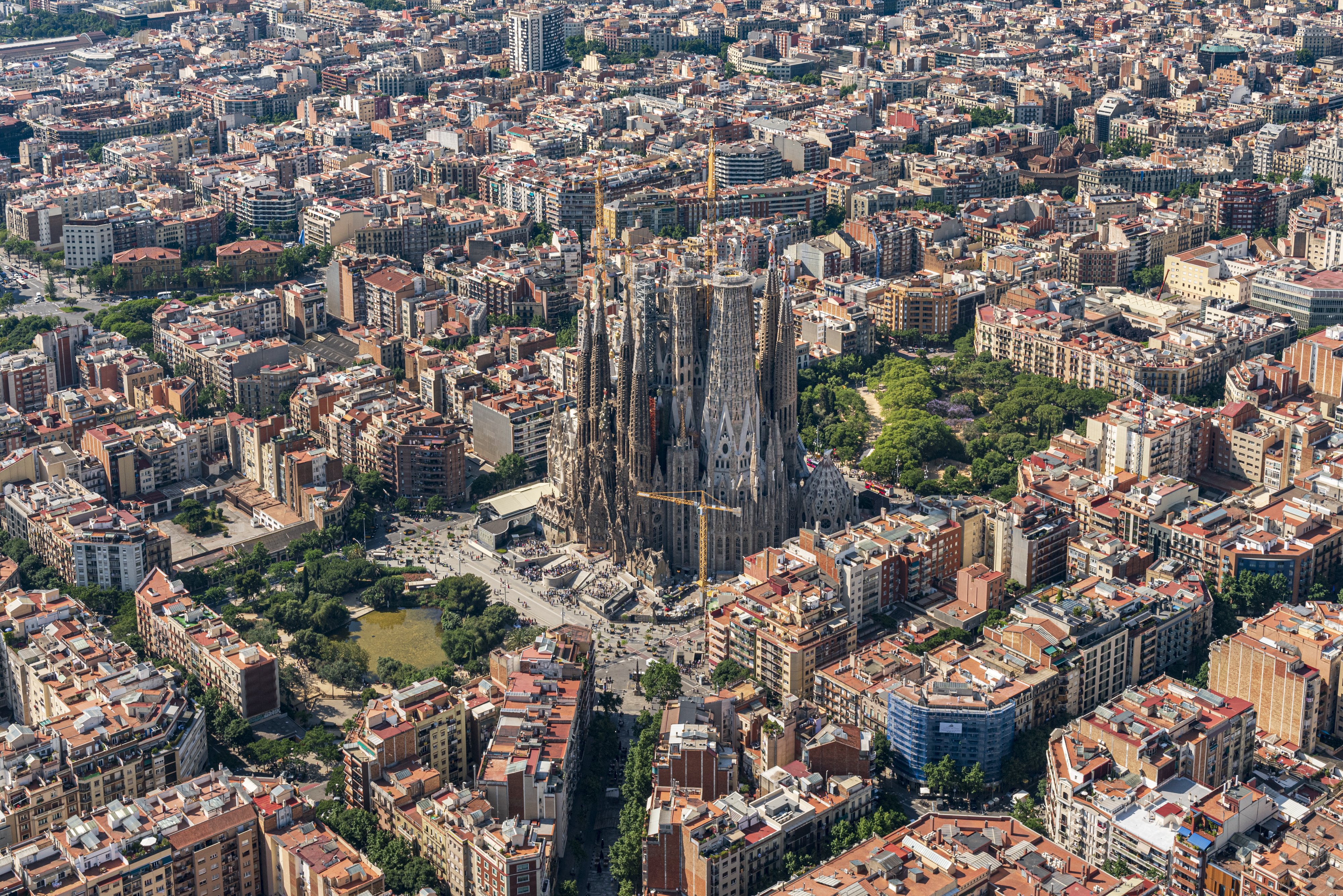 The four towers will be crowned with statues based on the common iconographical representations of the Evangelists: the winged lion for St Mark, the winged bull for St Luke, the winged man for St Matthew and the eagle for St John. The "terminals", including the tops of the spires and the statues, will be 22.5m tall and weigh 200 tonnes each. The lower parts will be made of stone, with the sculptures using concrete and white Tassos marble.

Other, less visible work carried out this year includes installing parts of the heating system in the main nave. They are also working on underground areas beneath carrer Mallorca which will house various services required for the working of the building, like parts of the climatisation system. 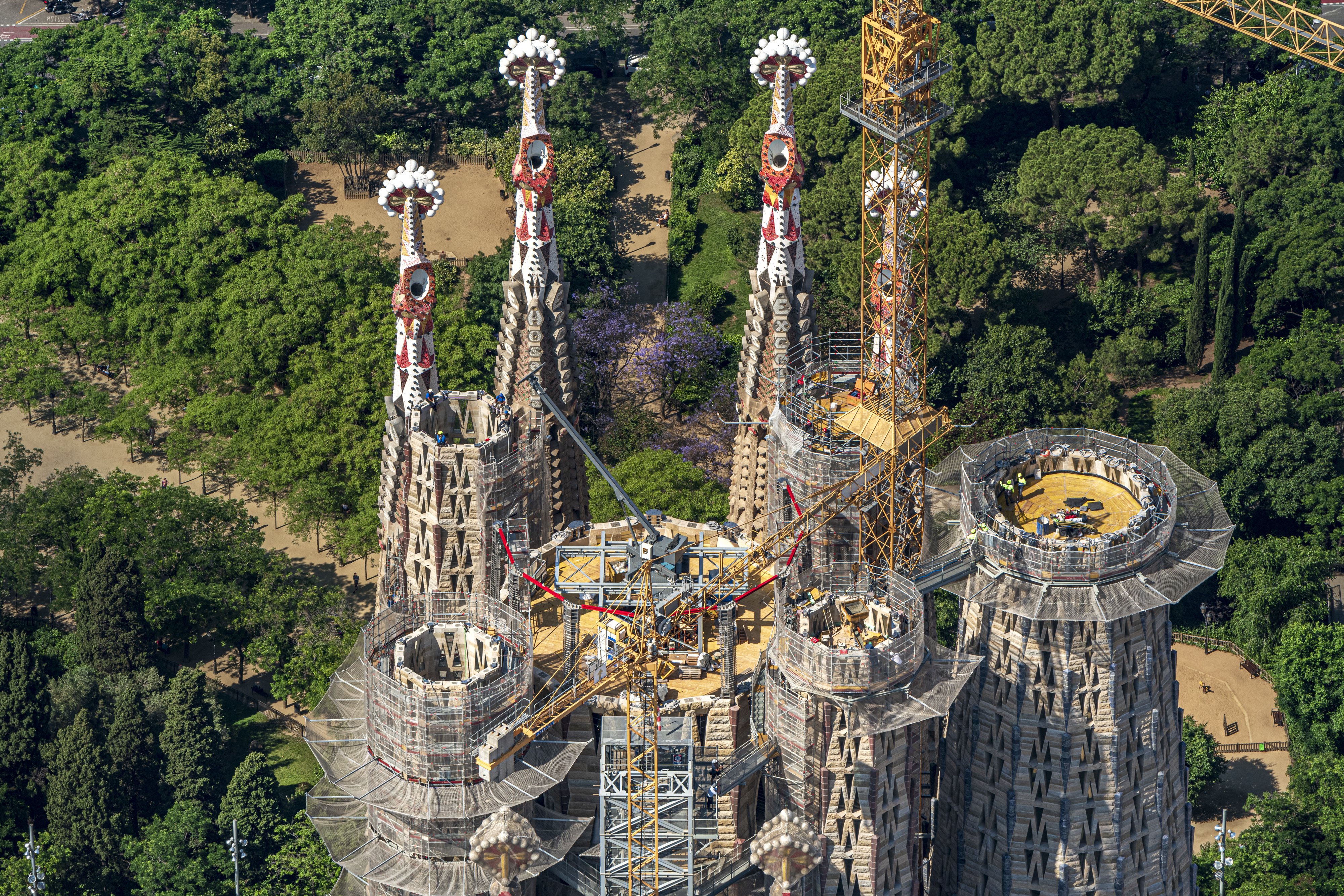 The Sagrada Família in numbers

The temple welcomed over 4 million visitors in 2018, similar to the number the year before, which included school tours and various groups admitted for free, for example, those currently jobless. For 2019, the basilica has a total budget of 103 million euros (£91 million; $113 million), 55 million of which will be spent on building work.