Òmnium Cultural has announced this Tuesday that it "is starting a battle in the Spanish courts" to defend the Catalan language in Catalonia's school system. And it will do so focusing on one of the centres where the controversy has made most impact in recent months: the El Turó del Drac school in a Maresme coastal town, Canet de Mar, where the protest of one family led a court to impose a change for an entire class of five-year-olds, with the school being required to change its Catalan language immersion teaching model for one that ensured a minimum of 25% of classes would be taught in Spanish. The Òmnium organization, a leading promotor of Catalan culture as well as a pro-independence advocate, announced today that last week it lodged a suit of opposition to the court resolution on the language ruling, seeking its withdrawal and the return of the immersion model. According to the Òmnium president, Xavier Antich, the intention of the entity is to give social support to the families, so that this case "creates jurisprudence to ensure that in the future no one will be tempted to change the Catalan education system with arbitrary criteria”. 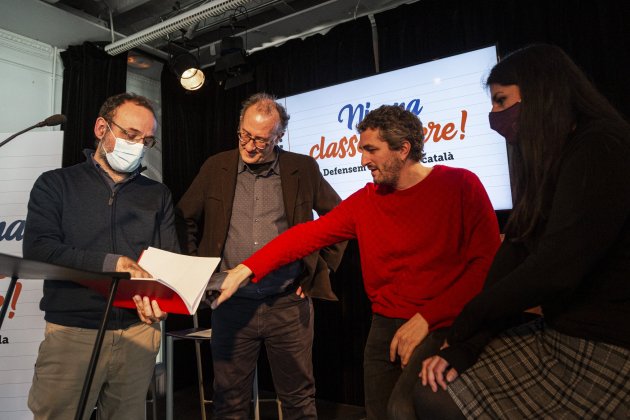 Antich argued that this submission presented by Òmnium is "a transversal citizen response", since the school model is "an example of social coexistence." Lawyer Benet Salellas also took part in the announcement of this suit, and explained that the litigation falls within a scenario in which a family makes a case against the Catalan education authorities; and in which a third actor will now take part, which is the school parent community as a whole. "The opinion of the majority of the educational community must be taken into account," said the lawyer. In addition, Salellas recalled that the Spanish state also "subscribes to a text on minority languages in which it accepts the need to protect minority languages through school."

The Òmnium president recalled that the decision of Spanish justice obliging a minimum of 25% of classes to be taught in Spanish in the classrooms of Catalonia represents a clear example "of invasion of competencies." Xavier Antich argues that language immersion has a place in both the Spanish Constitution and the Catalan Statute of Autonomy, as well as in the education laws of Catalonia and Spain. He also explained that the case which Òmnium has made also presents sociolinguistic arguments, such as that presented this Monday by the Catalan ombudsman, noting that the Catalan language is gradually losing ground within Catalan society, and that in classrooms more and more Spanish is being spoken. 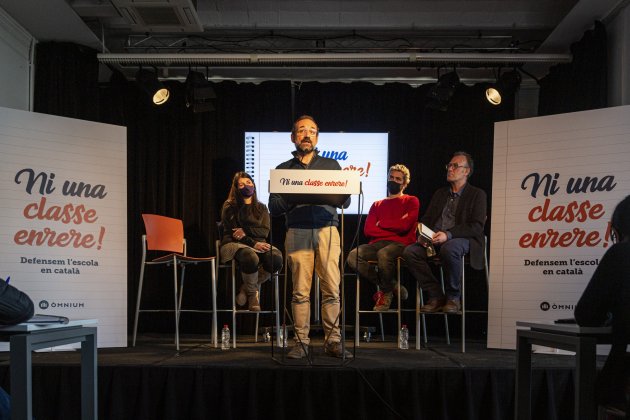 Asked if this case could reach international level, Salellas said that there is no text anywhere that says that families have the right to choose the language of the school where their children study; and that there would therefore be a conflict between collective and individual rights.