Hundreds of school parents, students, and citizens have demonstrated this Friday in the town of Canet de Mar, 43 kilometres from Barcelona, against the attack on the Catalan language immersion model by the recent decisions of two Spanish courts imposing a quota of 25% of classroom teaching in Castilian (Spanish) language in Catalan schools. Although the protest was initially to have held at the gates of the Turó del Drac primary school that has been embroiled in controversy since the family of a five-year-old student took the centre to court to demand a 25% quota in Spanish, in the end the demonstration took place some distance along the road from the school. MPs from the ERC, Junts and CUP political parties also attended.

Minutes later and under the initiative of groups such as the left-wing pro-independence youth groups Arran and Forja, student union group SEPC and the trade union Intersindical - the last two being the organizers - the demonstration began to move and the protesters marched through the centre of the coastal town until the seafront. 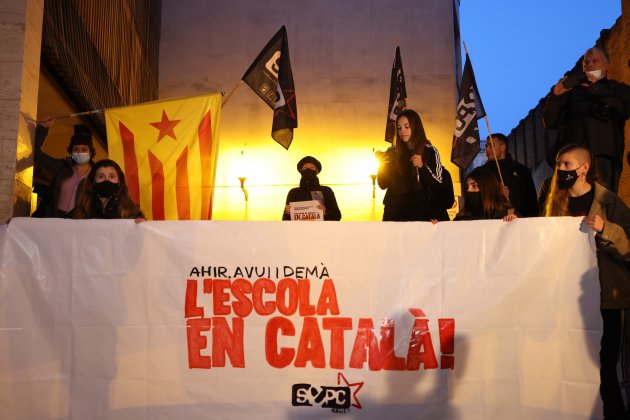 Once there, the SEPC urged the Catalan government and its education ministry to disobey the rulings and not pass the buck to the schools. It was at this time that some protesters began to chant "Botiflers!" - meaning, approximately "traitors" - and calling for the resignation of the Catalan government officials.

The students' union also announced that it was calling a strike in Catalan secondary schools for December 16th, reiterating that the order to apply the prescribed level of Castilian should be disobeyed.

In statements to the media, the mayor of Canet de Mar, Blanca Arbell (ERC), wanted to clarify that the case of the school in her municipality is different from that of the Supreme Court ruling - whose decision confirmed the 25% Castilian quota in Catalonia as a whole - as in this case, it was the Catalan High Court which went directly to the management of the centre to demand compliance with the 25% level. She added that nothing could be done because the school principal could have her personal assets seized if she disobeyed. 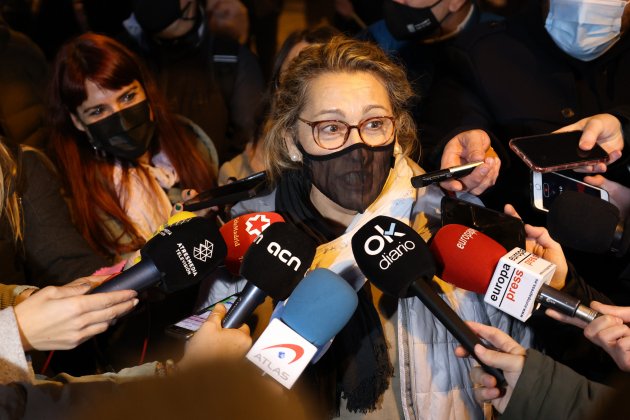 The mayor of Canet de Mar, Blanca Arbell, speaking to the media at the rally / Photo: Sergi Alcàzar

It is with respect to the Supreme Court's ruling that, according to the mayor, the minister has "made a stand" in front of the schools. While the mayor was speaking to the media, the protesters continued their march until they reached the N-II highway, which they blocked for a while. Arbell explained that the school centre and the town hall have received threats by telephone and e-mail, which they have recorded. Regarding threats to the family which lodged the original complaint against the school, the mayor said that she only knows of two tweets and that no complaint has been lodged.

The parliamentary leader of the pro-independence CUP party, Dolors Sabater, was highly critical of the courts for the ruling and urged the government to take over the management of the Canet school centre in order to stand up to the consequences of disobedience. On behalf of the Junts party, MP Glòria Freixa replied that this is the task of the Catalan education ministry but that, as a government, they will close ranks.