Maximum uncertainty over a Catalan election with record turnout 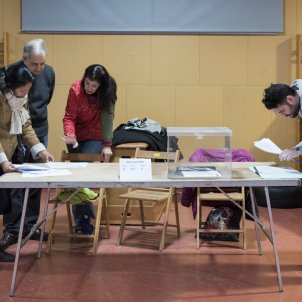 Maximum uncertainty over the results at the close of polls for a Catalan election with record turnout. While waiting for official results to come in, there are already hints emerging as to the Parliament chosen by the Catalan people in the most abnormal election held since the restoration of democracy. What is sure currently is that the decision has been made with turnout at stratospheric levels.

The election, held on a working weekday for the first time since 1992, has seen a mobilisations of the electorate beyond that of 74.95% for the previous Parliament vote on 27th September 2015. This year, 67.96% of the electoral roll had voted by 6pm, two hours before the close of polls, almost five points more than at the same point in 2015, when 63.12% had cast their ballots. What's more, 67.96% is already higher than the final turnout for all Catalan Parliament elections between 1980 (the first after the Franco dictatorship) and 2012.

What will be the influence of this growth in turnout being especially noted in municipalities near Barcelona won by pro-union parties in 2015? The lack of the traditional election day surveys that the large public and private TV channels would normally publish at 8pm has made the results of an election that will have a decisive impact on Catalonia's immediate future even more unpredictable. The only poll released, carried out by GAD3 for La Vanguardia newspaper and the media companies of the Godó Group, shows the pro-independence parties retains their majority, but Cs coming first in both votes and seats.

High tension among the parties

The mystery over the results is, for the moment, complete and the expectation dramatic. The atmosphere is one of high tension among the leadership of the pro-independence parties, who hope to revalidate their absolute majority, but also in the war rooms of the pro-Spain parties, who are fighting to put an end to the independence process. The count will be followed down to the last ballot slip at the headquarters of the national parties and in European embassies.

The completely atypical character of an election called by the Spanish prime minister through the application of article 155 of the Spanish Constitution in response to the declaration of independence, with the Catalan government intervened in, including election administration and with candidates in prison or in exile, have marked the campaign playing field and a vote in a situation of extreme polarisation. 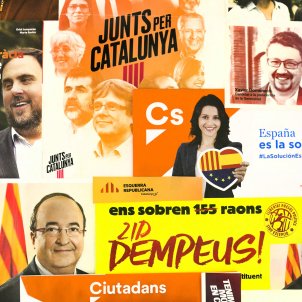