March to mark the Jordis' four months in pretrial detention 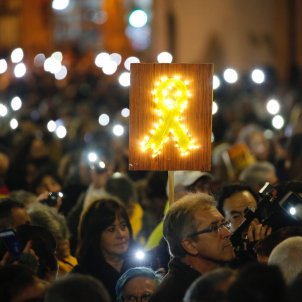 Four months, 123 days. Those are the nights that Jordi Sànchez and Jordi Cuixart have spent in Soto del Real prison, more than 600km (350 miles) from home. They were the first Catalan pro-independence prisoners. For them, hundreds of people have gathered this Friday in the streets of Barcelona, the Catalan capital. They were calling for the immediate release of all the Catalan political prisoners, including vice-president Oriol Junqueras and minister Joaquim Forn.

The ongoing imprisonment of the Catalan leaders has forced organisers to get inventive. Called by the 'Jordis' own organisations, the Catalan National Assembly and Òmnium Cultural, today's meeting point was plaça de Sant Jaume, with the government palace on one side and Barcelona city hall on the other. After a ceremony, protesters started on a long route to the city's Model prison, closed in 2016 by minister Carles Mundó. The metaphor is clear: from the institutions to prison.

Representatives of all the pro-independence parties attended, as did members of En Comú, like Joan Josep Nuet. In the absence of Barcelona's mayor, Ada Colau, the Parliament's speaker, Roger Torrent, was the highest-ranking official present.

Half an hour before the 7pm scheduled start time, dozens of people had already started gathering in the square, a crowd which grew to hundreds. Chants in favour of the release of the prisoners could be heard, as could other against the "occupiers of the palace", referring to the central government's application of article 155 of the Constitution to Catalonia. The Spanish government's plans to take advantage of their intervention in Catalan self-governance to change the language model of the Catalan education system also earned a response: "you don't touch Catalan schools". 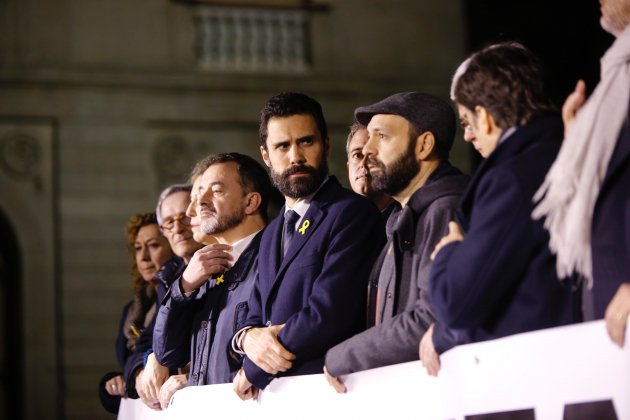 The event started with four minutes' silence for the four months and the four prisoners. Family members of the leaders put up photographs of their relatives and the members of the public crammed into the square lit it up with their mobile.

A manifesto was then read by members of the FAPAC (Federation of Parents' Associations), Unió de Pagesos (Farmworkers' Union), la FEDE (FEDE - organisations for global justice) and l'Associació d'Escriptors en Llengua Catalans (Association of Catalan-Language Writers). "The right to demonstrate is a basic right in any democracy", noted the document, "but here the State acts like a dictatorship: they're putting us on trial and they're depriving us of our freedom for demonstrating peacefully".

"In all this time, the Spanish government hasn't even blushed", the text continues, criticising that "far from stopping", the Spanish state's offensive is increasing. "The legal summonses of politicians are continuing, but also of businesspeople and volunteers who, we repeat, have committed no crime".

And the manifesto concludes: "There's no chance of doubt: all four are held by the state for political reasons. We won't give out, we will continue raising our voices to denounce, as many times as necessary, this injustice with a capital 'i'".

Before starting off towards the Model prison, the accidental leaders of the pro-independence organisations affected by the imprisonments spoke. "Whilst they are all deprived of freedom, the Catalan people will be deprived of freedom", said Marcel Mauri, spokesperson of Òmnium. "As they never like what we vote for, they try to overturn this result with impositions", he said. In response came shouts of "unity". He also referred to the education system: "We tell them very clearly: you don't touch the Catalan schools model".

Next to the microphone was Agustí Alcoberro, vice-president of the Catalan National Assembly (ANC), who recalled the exiled ministers, those who are free "in very precarious conditions" and all those being investigated by the Supreme Court. "The justice system has stretched the law to unheard of levels," he said. "This general repression is because they will never forgive us our victory on 1st October."

Finally, one of the songs heard most frequently these months, L'Estaca by Lluís Llach, was played, before the march to the prison started, a journey of four kilometres (2.5 miles).

Fachin, “to all the state's democrats”

Once at the prison, the head of the demonstration arriving shortly after 9pm, Jordi Pairó, a member of ANC's national secretariat, read the  manifesto ‘Quatre mesos de fred’ ("Four months of cold", link in Catalan). Next came Albano-Dante Fachin, former secretary general of the Catalan branch of political party Podemos, who paid his own tribute to the prisoners, highlighting three things he has learnt.

"In the face of shame and injustice, we have to strengthen ourselves in the profoundly democratic values which the Jordis have always defended," he said. "We have to learn to persist, and every day that goes by has to be a day of learning in this persistence", he continued, before finishing that "we have to learn to explain to the last consequences what the nature of the conflict is".

Switching to Spanish, Fachin argued that they have to explain to "all the democrats of the Spanish state" that "a battle is taking place in Catalonia which, if we lose, we will all lose". From Catalonia, "we need you", he said. "They and we will be free. Neither hostages nor exiles. We won't give out." 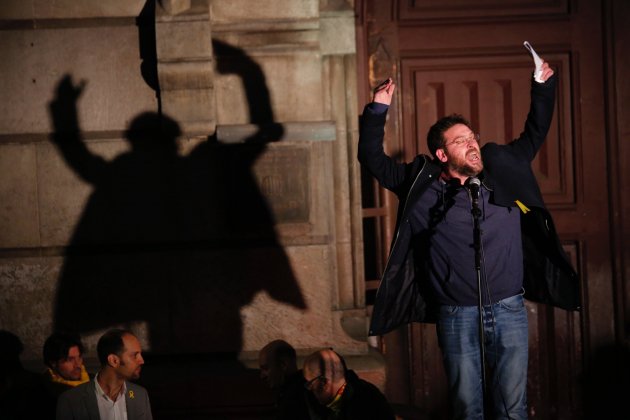 "I know I'll return, but the impatience is overwhelming me"

One of the evening's most moving moments came from Oriol Sànchez, Jordi Sànchez's son, who read a letter sent by his father from Soto del Real, which El Nacional published earlier this Friday. "Recently there has been little I want more than to feel the sea again and to walk on the beach which, between Pals and Begur, has seen Oriol, Clara and Abril grow up", he writes, "I know I'll go back there, that we'll go back there together but the impatience is overwhelming me".

For his part, Jordi Cuixart also sent a letter via his nephew, Pol Leiva, with a message for the pro-independence parties in the Parliament. "Our pretrial detention shouldn't influence any parliamentary decision", he writes, going on to ask them to take "brave and generous decisions" which "strengthen the great points of agreement of the country". 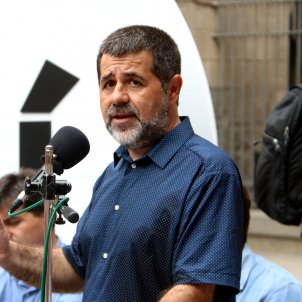 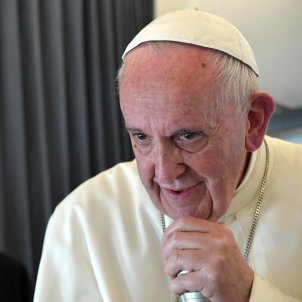 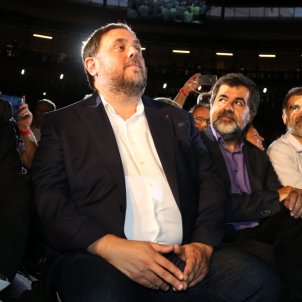 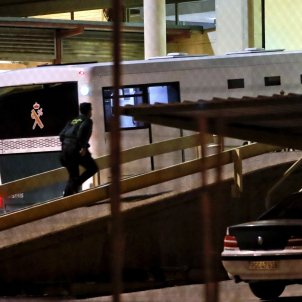