Junqueras with no Spanish flag or king 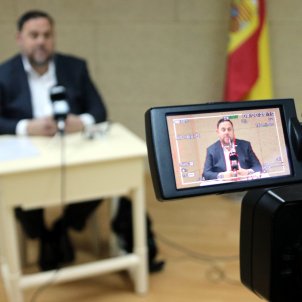 Today there's a great debate in Spain. About the four-way general election debate. Fascinating. Where will it happen? On TVE? On Atresmedia? On both broadcasters? Meanwhile, in Catalonia, some 80 of us have spent part of this Good Friday morning watching and hearing Oriol Junqueras through a screen.

He, Junqueras, was in Soto del Real prison near Madrid. We were in the offices of news agency ACN in Barcelona, close to the city's old Model prison. A coincidence that brought us closer.

If I didn't count wrong, we asked him 25 questions. The debate on the debate took up a whole zero seconds. Maybe because Junqueras won't be able to be there. He couldn't even be there if it wasn't 4-way but 34-way. All part of being in prison on Good Friday. And being there in general. For 532 days.

It's difficult to not compare yesterday's press conference with Jordi Sànchez organised by EFE and today's. I've basically got five comparisons to make. The main one is that, yes, in the room Esquerra's leader was speaking from (the same as yesterday) there was indeed the famous flag and the no less famous picture of the king. But we didn't see them. Why? Because the shot was closer in and Junqueras was already sitting in his place when we connected with him. But we know they were there because someone took the trouble to document it, as can be seen in the photo above accompanying this article.

The second is that, thanks to the fast-paced race our colleagues from EFE had to suffer yesterday to organise something very complicated in less than 12 hours, today things went like clockwork. The third is that ACN's technicians were able to go into the prison, something that was impossible before Sànchez's press conference. Impossible because, simply, they weren't allowed to go in. The fourth is that today we were there for an hour and 41 minutes; yesterday, 47 minutes. And the fifth is that, likely due to the immediacy of everything yesterday, Junts per Catalunya only sent Laura Borràs. Today, on the other hand, from Esquerra there were Gabriel Rufián, Sergi Sabrià, Diana Riba (the partner of Raül Romeva who, by the way, phoned her from prison during the event) and various press and social media people from the party.

Well, and perhaps I'll add a sixth point of comparison: punctuality. Because at 9:59 today, one minute ahead of schedule, Junqueras appeared on the monitor which, by the way, was smaller than the one yesterday when there was a delay of 13 minutes.

"And what, where, how? How did Oriol look, Mr Journalist?", you might be asking me now. Well, as always. I mean, on form. Pure Junquerism. Before starting to reply to our questions, he gave a preview, a classic of his. In the end, actually, there were three of them, previews I mean. And he told us he misses us a lot and was very happy to see us. Even through a mobile on his table. And then he unleashed what he himself called "explicative passion". In other words, that manner he has of replying by asking himself questions which make simple answers obvious and with twists and turns that end up simplifying things.

And whilst he was being Junqueras, response after response, a humble servant was thinking it can't be easy to be yourself in such a circumstance. To be the same as always.

And I compared it with someone at your disposal who woke up today in his own bed in his own home. At the time he felt like. Who checked the messages on his mobile and what was new on social media. Who showered for the length of time he felt advisable, listening to the headlines on the radio stations he felt advisable. Who was with his own people talking about the day. Who made plans for dinner. Who had what he fancied for breakfast. Who looked through his extensive wardrobe and chose the most appropriate style. And who went to ACN calmly. And etc.

Junqueras, on the other hand, woke up when he was told to. He's not got a mobile. And if he's got a radio, he can't choose to listen to Catalan stations. For example. If he had the chance, he showered. In a prison. He wasn't able to interact with his family. He made no plans because in prison your plans are made for you. He put on "the" suit (the only one he's got). He made sure "the" shirt had as few creases as possible, bearing in mind that the shirt in question is in a cell in a prison 600 kilometres from his home. And he went to a room to answer questions from people he couldn't see directly. With this outlook it's not easy to remain yourself. It can't be easy for 532 days in preventive detention to not be noticeable. Nor the hours of the trial. As happened yesterday with Jordi Sànchez, it can't be easy to be mentally strong enough for all that to go unnoticed.

And Junqueras was so Junqueras that, when it came time to wrap things up, at 11:35, he took the microphone until 11:40 to threaten us. He said that when he leaves he'll give a very long press conference. He'll punish us with a long hike (well, he'll ramble on and on). Total Junquerism. Again. And he spent five minutes talking about the longest speeches in history, which he said could belong to Fidel Castro or general Prim. The soldier's lasted three days. The non-Cuban soldier I mean.

And, as whilst he was explaining all of this, he insisted that he misses us all and is eager to see us, I can't omit a comment from my colleague from La Sexta, Jorge Romance. Before asking his question, in Spanish, he told Junqueras, in Catalan, that the situation we're living through isn't normal and that we journalists also miss him.

Indeed, today wasn't a normal day. I could never have imagined that some Good Friday morning I would attend an Oriol Junqueras press conference where he has been in prison for 532 days. And it's happened. And I still don't believe it. But at the same time we find it normal. And it remains not normal. And it's good that Jorge should have reminded us of that. Because now everyone knows that people are one thing and companies another. And it's very important that this is remembered by all those who are dedicating themselves to insulting journalists and blocking us from doing our work. 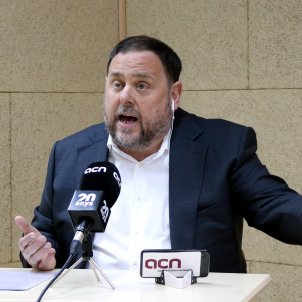 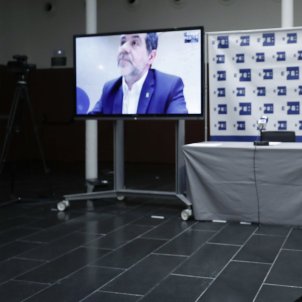 Editorial When the state accepts its disgrace José Antich 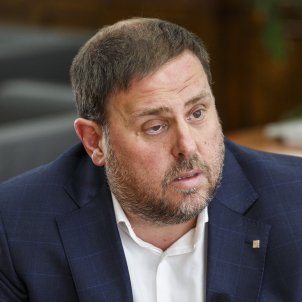 Interview Junqueras: "An electoral interview is a first victory against the repression" Carlota Camps 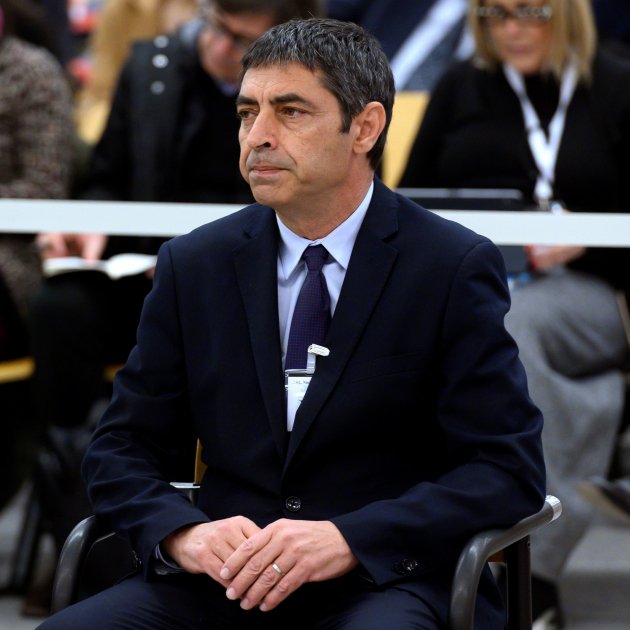 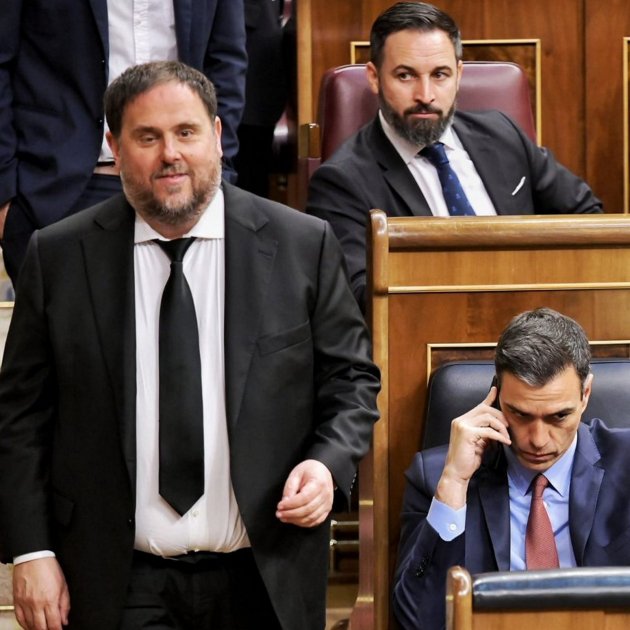 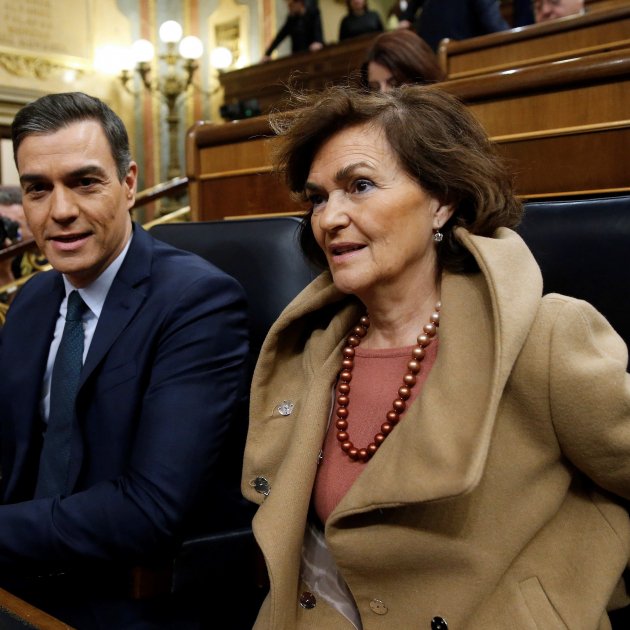 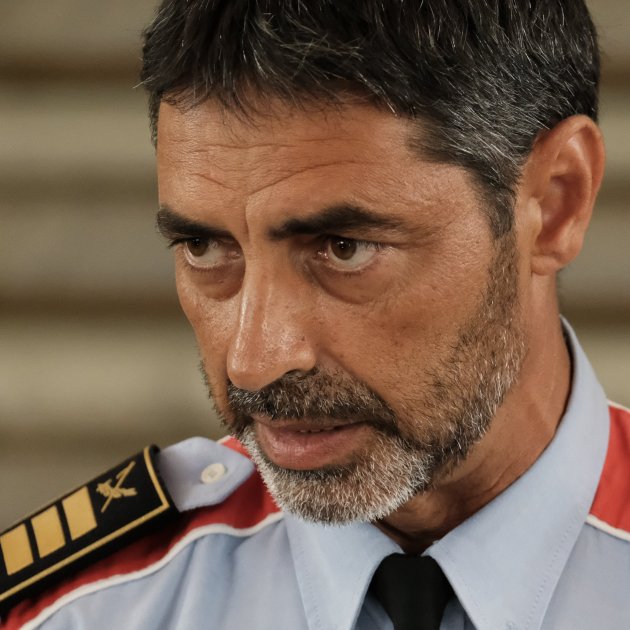 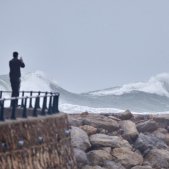 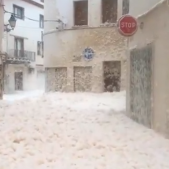 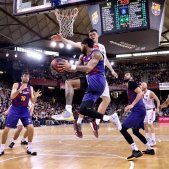