131 injured, including one eye and one testicle lost: first day of sentence protests in Catalonia 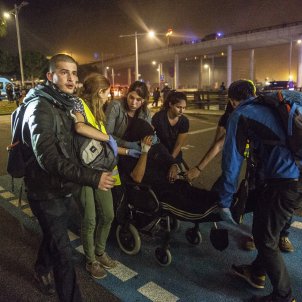 Organisations like Novact, Irídia, Iacta, ACDDH and La Fede have set up the platform Som Defensores (We Are Defenders) to defend and protect human rights during the protests in response to the sentences announced yesterday by Spain's Supreme Court against pro-independence leaders.

"The team Som Defensores was activated yesterday after the different protests announced after the sentence in the trial over 1st October [2017, referendum day] was announced first thing in the morning and it will remain on alert for the whole week," they say.

Among its first activities was to monitor those most seriously wounded by the police's response to the protests. According to the platform, they are aware of 29 cases of injuries caused by police during yesterday's protests. Six of the cases were people hit by foam bullets, five were hit with police batons on their heads and 16 injured on other parts of their body. They also confirmed that one person was seriously injured in one of their eyes, and another in a testicle. "The observers are also aware of kettling, limitations of movement and verbal attacks. We also highlight that 11 journalists have been injured."

"It's intolerable that foam bullets have been used again in Catalonia. Despite the Parliament's ban being only legally binding on the Mossos and not the [Spanish] National Police Corps, we understand there's a political agreement which PSC forms part of and which the Spanish government should respect", said lawyer Andrés García Berrio, a member of Irídia acting as spokesperson for Som Defensores. García Berrio will be responsible for giving legal assistance to the victims.

The lawyer also says that they "detected foam projectiles being fired directly at people who weren't doing anything and at people's heads." He adds that in many cases both Mossos and National Police Corps officers used their batons hitting from high to low, contrary to protocol.

The platform also said that "observers have suffered retentions, attacks and been identified by the security forces despite being accredited". On the other hand, they say there were Mossos officers who didn't have their ID numbers on their backs.

The platform describes itself as a "plural and open network, formed by organisations who work on the defence and protection of human rights". Yesterday, it had observers at the protests at Barcelona-El Prat airport and the evening's gatherings on Via Laietana. Similarly, they monitored events through social and traditional media.

According to the emergency services, in total 115 people were injured at the terminal 1, of whom 91 were treated on site and 24 were transferred to other health centres. Among them was the person who lost an eye, currently being treated in Bellvitge hospital. Other protests led to a further eight people injured in Barcelona, four in Maçanet del la Selva, three in Lleida and one in Reus.

Som Defensores has set up two mobile numbers for the public to call: 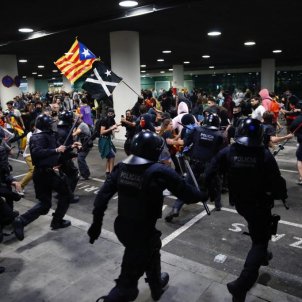 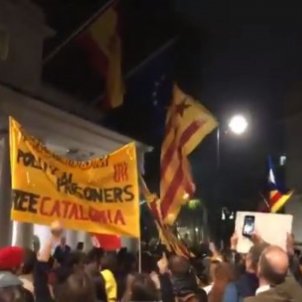 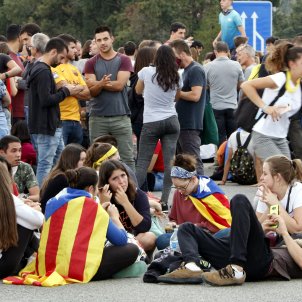