The Rambla fell silent once again this Monday morning as Catalonia and Barcelona marked the third anniversary of the terrorist attacks of 17th and 18 August 2017 in Barcelona and Cambrils, gathering at the Pla de l'Ós, the midpoint of the city's famous pedestrian avenue. Among those in attendance were the father of the three-year-old Catalan boy who died, Javier Martínez, and the parents of Pau Pérez, the young man from Vilafranca del Penedès who was killed in uptown Barcelona by a fleeing Younes Abouyaaqoub, the driver of the van that caused death and destruction on the Rambla. 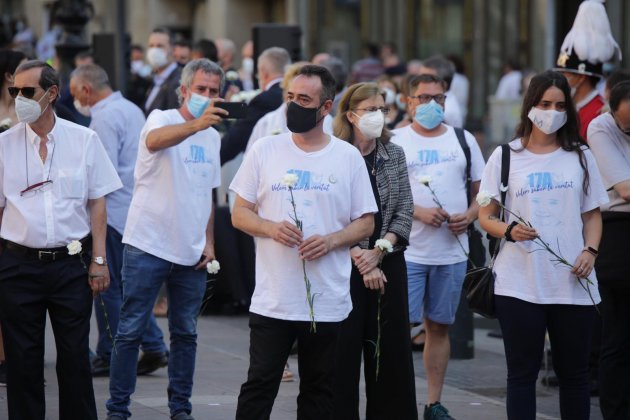 Javier Martínez, father of the 3-year-old boy killed in the attack on the Rambla. / Sergi Alcàzar 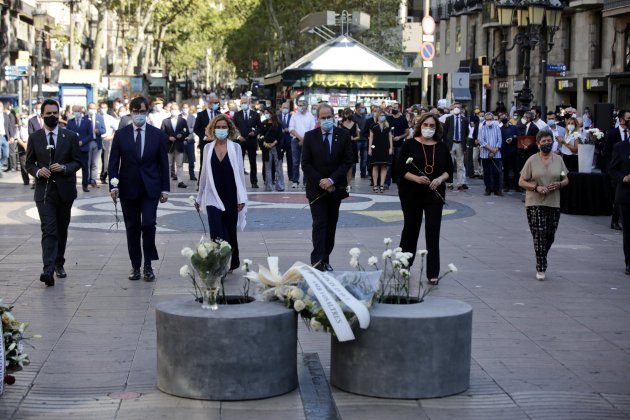 Taking place amidst another summer made atypical, this time by the coronavirus, today's tribute included a minute's silence in memory of the victims and a floral offering. The vast majority of the sixteen people murdered and over 150 people injured in the attacks were foreign visitors to Barcelona, enjoying one of the city's most famous tourist attractions.

In the face of the Spanish state's refusal to create a commission of inquiry into the unknowns related to the attack, a campaign - not the first - has been launched this summer by the relatives of Xavi, the three-year-old Catalan who died, one of many children caught up in the attack. 17-A: Volem saber la veritat - "17th August: We want to know the truth" also seeks to fund the private prosecution which relatives are undertaking in the forthcoming trial of three men who allegedly took part in the terror cell. Eight terrorists directly involved in the attacks either died in an explosives accident just prior to the attacks, or were shot by police after the Rambla and Cambrils attacks.