Vox's conditions for a coalition in Andalusia: no LGBT+ protections, expel 52,000 immigrants... 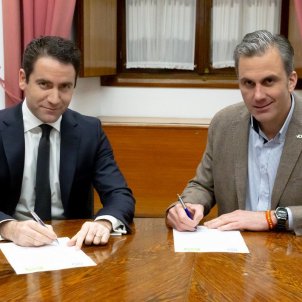 Far from lowering its hopes, far-right party Vox is standing firm in its demands to PP and Ciudadanos to form a government in Andalusia. They've been in negotiations since last month's Andalusian election gave rise to a very divided Parliament. Today, they've given a 19-point document to PP in a meeting in Madrid, in which they maintain their calls to overturn Andalusian laws against violence against women, against LGBT+ discrimination and on historical memory. And their call to expel 52,000 illegal immigrants. PP has already rejected the conditions, describing them as "true nonsense".

Representatives of the two parties, headed by their secretaries general, Teodoro García Egea and Javier Ortega Smith, discussed the document in today's meeting, which started shortly after 5pm. Among the other points Vox want included are an institutional statement in favour of returning powers to Madrid in the areas of education, justice and public order and the removal of the term "national reality" from Andalusia's Statute of Autonomy.

When it comes to the law of measures for the prevention and comprehensive protection against gender-based violence, Vox calls for it to be replaced by a "Law on Domestic Violence which doesn't prejudge the sex of the aggressor" and which prevents "the massive windfall of subsidies for supremacist feminist associations". Similarly, they call for the overturn of the law promoting gender equality.

As for the law protecting LGBT+ individuals against discrimination, they argue that "the rights of people of homosexual orientation are already recognised in ordinary laws and the [Spanish] Constitution. Spain isn't a 'homophobic' country which needs special laws". They also claim that LGTB+ rights organisations are given "unjustified privileges" by the law.

The document also says that the Andalusian law on historical and democratic memory, "imposes, in a totalitarian manner, a biased version of Andalusian history in the period 1931-1982". The law, from 2017, is a broad package of measures dealing with the consequences of the Franco dictatorship. Among other provisions, it orders the exhumation of mass graves and the identification of victims, reparations and homage for victims and the removal of monuments glorifying the dictatorship.

Vox doesn't just want to overturn laws, however, they also want to bring in new ones. For example: a law protecting popular culture and rural traditions (including flamenco and Semana Santa, Holy Week in English) and a law protecting bullfighting and hunting, "which should recognise and value the economic and ecological contribution of these two realities".

The document includes a number of the far-right party's other standards, like dismantling public media, closing autonomous communities' delegations abroad and slamming the brakes on immigration. Specifically, on the first point, they want to cut the costs of Andalusian public media by 50% and close three of the four channels, as well as the Audiovisual Council of Andalusia.

When it comes to immigration, Vox proposes a collaboration with Spanish police to expel illegal immigrants, accusing the previous PSOE government of "covering for" them. "It has the necessary documentation to expel 52,000 of them," they claim.

Santiago Abascal's party also wants a plan "to avoid discrimination against the Andalusians who live in other regions of Spain", with legal and financial assistance from the government so "they don't see themselves obliged to have their children study in a regional language".

The icing on the cake comes in point 13: changing Andalusia's national day from 28th February (commemorating the 1980 referendum on autonomy) to 2nd January, to commemorate "the culmination of the Reconquista". 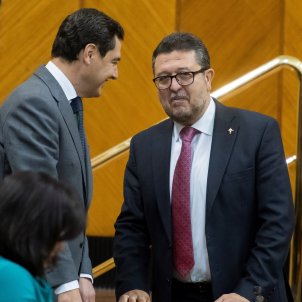 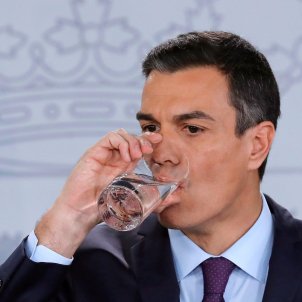