Teachers' strike will affect - but not fully close - schools in Catalonia, with strike days spread over the rest of March

It all begins this Tuesday. Two weeks ago, Catalan teachers' unions declared five days of strike to protest the change in the school calendar, and to put their foot down on long-standing demands that go all the way back to the economic crisis a decade ago. There is a sixth day of strike too, which will fall on March 23rd, but not all unions will participate in that stoppage, which is to protest the 25% Spanish language quota in Catalan classrooms. In any case, the five days of the strike will be divided into two parts. This week classes will be affected for three days in a row, Tuesday 15th, Wednesday 16th and Thursday 17th; while the other two days are at the end of the month: March 29th and 30th. The unions calling this strike are USTEC, CCOO, Intersindical, Aspepc, UGT, CGT and USOC.

Faced with these shutdowns, the Catalan business and employment ministry has decreed minimum services for March 15th, 16th, 17th, 29th and 30th, so that schools can operate as normally as possible. It will obviously depend on the extent to which teachers decide to observe the strike. However, the government has laid down that 33% of teachers will be working over each of these five days, so there will be a minimum of one teacher for every three classrooms. This 33% level affects all classes from infant school (P3) to 4th year ESO in secondary schools. The minimum services increase to 50% in special education and for infants under three. And as well half the normal staff will have to be on duty in terms of dining rooms, reception, extracurricular activities and care for special needs students. The department also requires that there be at least one person on the school management team working at all times. 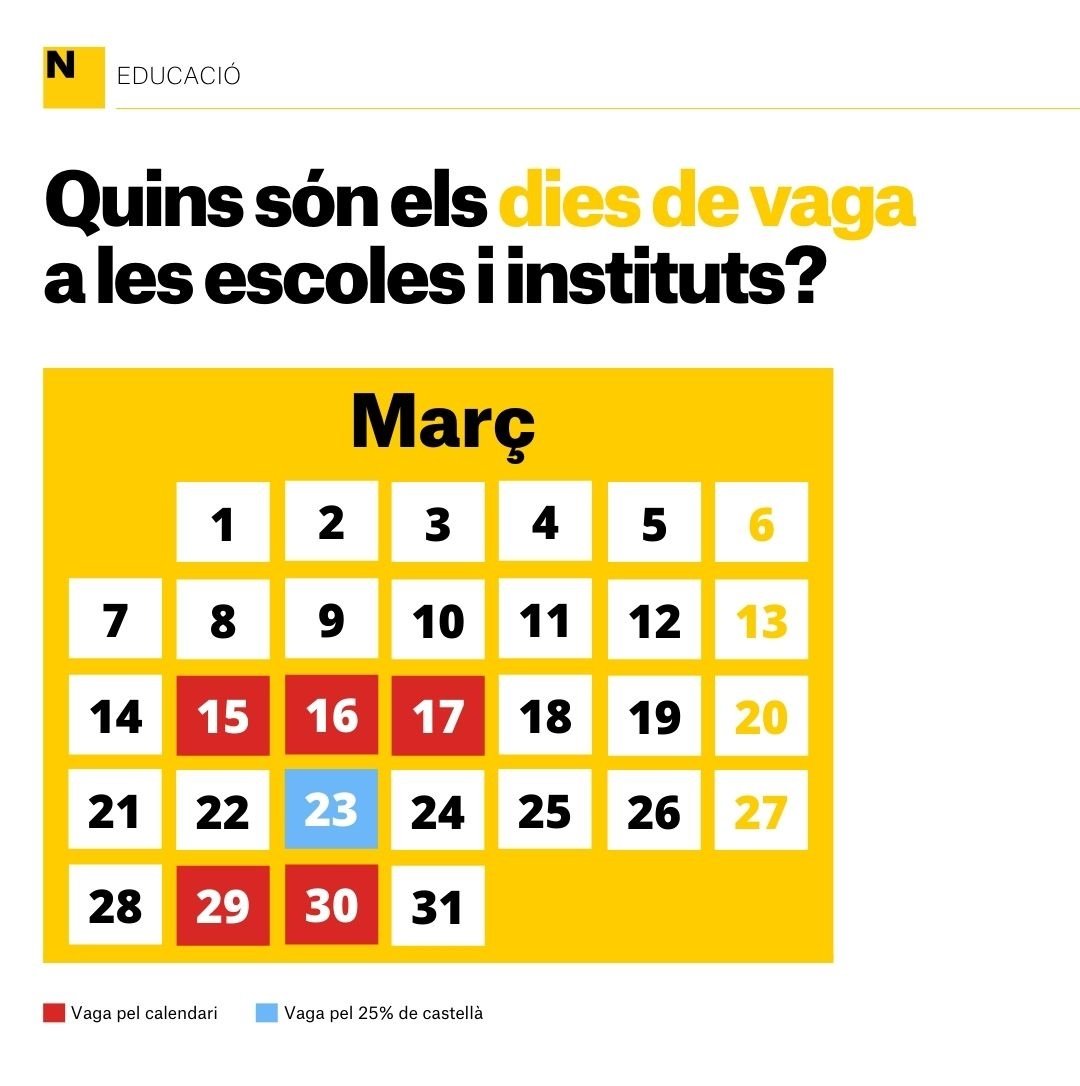 The month of intermittent industrial action by teachers was set in action by an unexpected announcement from the Catalan president, Pere Aragonès, and his minister of education, Josep Gonzàlez-Cambray. At a press conference last month, they announced that the next school year would begin on September 5th, and not after the Diada holiday of September 11th, as usual. It didn't take long for the unions to take action against the decision, which they have called a "smoke bomb" - and to demand Cambray's resignation. They considered it a manoeuvre by the Catalan government to remove from the debate the obligation to introduce Spanish as a teaching language - an issue which has exploded in parallel over the last few months - and the proposal for a new school curriculum. And worst of all: the education community complained that the department had gone ahead without first consulting with the unions and the Catalan School Council, a consultant body which represents the entire educational community. 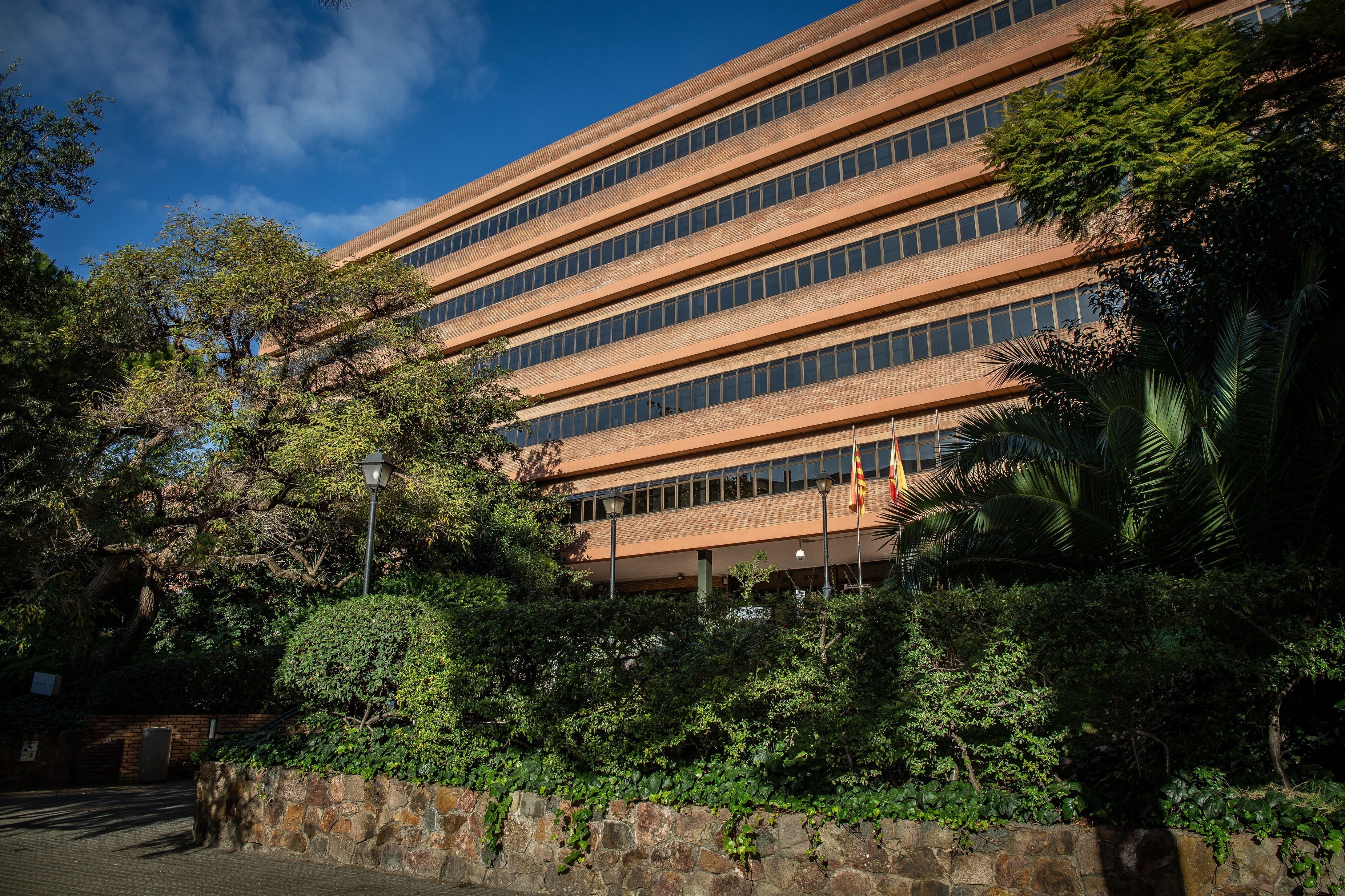 Later, the unions staged a sit-in at the Catalan education department headquarters, located on the Via Augusta in Barcelona. They demanded a meeting with Cambray, which they finally got. However, the minister refused to back down, and asserted that the timetable would indeed be changed as he had announced at his appearance with Pere Aragonès in February. The minister would not even accept a one-year postponement of this change, a proposal made to him at an extraordinary meeting, which he himself called, of the Catalan School Council.