Catalan rapper Pablo Hasél, convicted for his song lyrics and public comments, has ten days to voluntarily enter prison. The news was made public by the artist himself in a tweet reproducing the judicial order and adding his regret that "in the end there has not been enough solidarity to stop this, something that affects the majority of people as we do not have our freedom of expression guaranteed."

The musician from the city of Lleida added that the authorities want to imprison him "for stating objective facts" but that "they will never be able to break me".

Last November, the Constitutional Court decided not to admit the appeal on constitutional grounds made by his defence against the latest ruling from the National Audience.

The sentence, ratified by the Supreme Court, ordered him to serve nine months and one day in prison for glorification of terrorism, with the aggravating circumstance that it was a repeat offence, as well for insulting the Spanish crown and its security forces. 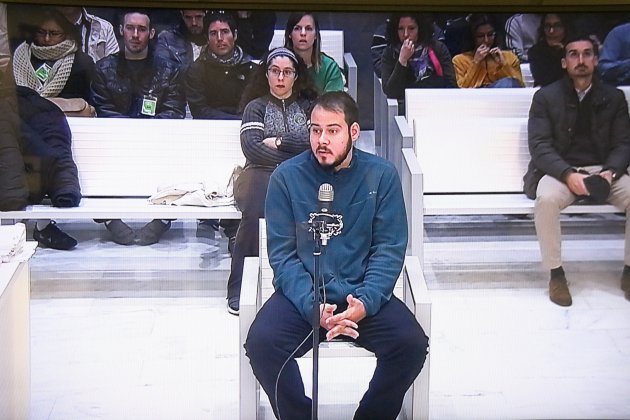 This sentence comes in addition to the two year prison term to which he was sentenced in 2014 by the National Audience, also for exalting terrorism, for the lyrics of some of his songs about terrorist groups GRAPO, ETA and Terra Lliure. After an appeal process, a 2019 ruling decided that he was not required to enter prison for this first offence, subject to three years without re-offending.

Hasél has now been convicted of including videos in his social media profile in which he made comments that, according to the sentence, incited violence, "glorified terrorism" and "insulted" the monarchy and other Spanish institutions. The argument made by the rapper's defence was that the acts for which he was on trial were validated by an "effective" right to ideological freedom and freedom of expression, and that the verdict asserted a concept of "license" of expression as an offence, something that is "non-existent" in the penal code.

His lawyer had appealed to the Constitutional Court to overturn the ruling and acquit him on the understanding that the effective judicial protection enshrined in the Spanish Constitution had been violated. The court, however, considered that "the special constitutional significance of the appeal is not justified."

On the same day as Pablo Hasél was ordered to report ot prison, the president of the European Court of Human Rights (ECHR), Robert Spano, issued a warning to Spain on the rights in cases of criticism of "public personas", spelling out that the Strasbourg doctrine is "clear". Quoting from two other Spanish cases where the human rights court ruled that Spanish sentences had been disproportionately harsh, he explained that "public office holders, ministers, kings - because of the public nature of their functions - must accept wider ranges of criticism”.