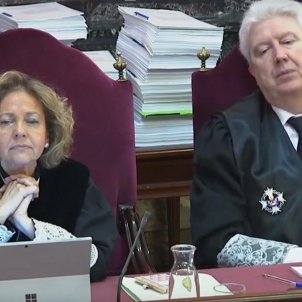 Spain's public prosecution service has decided to leave unchanged its charges, including rebellion and misuse of public funds, against the Catalan pro-independence leaders on trial in the Supreme Court in Madrid. The announcement was made today by prosecutor Jaime Moreno as part of their definitive conclusions as the trial moves towards a close.

At the end of oral hearings in Spanish trials, accusation parties have the opportunity to modify the charges and sentences they are calling for. In this case, prosecutors also ask that none of the prisoners can be moved to "third degree" until they've served at least half of their sentence. The "third degree" in Spanish penal law is a form of open prison, whereby detainees are only required to sleep in prison over night and can leave during the day. The decision to grant them such status could be taken by the Catalan government if they are held in prisons in Catalonia.

Prosecutors believe that the trial has demonstrated there was violence from the Catalan independence movement, which is a prerequisite for the charge of rebellion. Thanks to that count, they ask for former vice-president Oriol Junqueras to be sentenced to 25 years in prison and for former Catalan Parliament speaker Carme Forcadell and civil society leaders Jordi Sànchez and Jordi Cuixart to receive 17 years each. This is according to the prosecutors' second filing. Their initial submission included a number of mistakes which they had to correct during a break in proceedings this afternoon.

As for the other former Catalan ministers on trial, they want Jordi Turull, Joaquim Form, Raül Romeva, Dolors Bassa and Josep Rull to face 16 years in prison, whilst they don't charge Meritxell Borràs, Carles Mundó or Santi Vila with rebellion, so ask for them to serve 7 years each.

They also believe the charge of misuse of public funds to have been proven over the course of the last three and a half months of proceedings in Madrid. The state's legal service agree with prosecutors on that charge, but stand by their original decision to charge none of the defendants with rebellion. Instead, they uphold their charges of sedition and their requested sentences, with the most severe facing Junqueras: 12 years. They ask for Forcadell to be sentenced to serve 10 years, and Cuixart and Sànchez to face 8 years each.

The private prosecutors of far-right political party Vox are also going ahead with their initial charges and requested sentences for almost all the defendants, which run as high as 74 years. The one exception is former minister Santi Vila, who resigned in 2017, the day before the declaration of independence in the Catalan Parliament. They have dropped the charges of criminal conspiracy and misuse of public funds against him, leaving only that of disobedience, which wouldn't involve prison time. 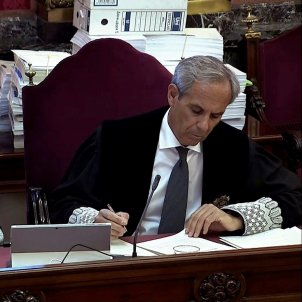