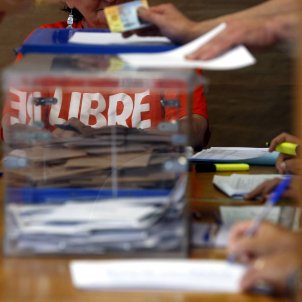 A hundred MPs from different European countries have called for this Thursday's Catalan election to be held "in a democratic manner free from undue interference from the Spanish government" and for them to "cease in this excessive use of force", referring to the imprisonment of Catalan ministers and pro-independence organisations.

The MPs, from the United Kingdom, Ireland, Estonia, Sweden, Belgium, Slovenia, Denmark and Finland, among others, call for the release of the Catalans still imprisoned: vice-president Oriol Junqueras, Interior minister, Joaquim Forn, former president of the Catalan National Assembly Jordi Sànchez and the president of Òmnium Cultural, Jordi Cuixart. They also urge the Spanish government to "engage in political dialogue with the regional government elected by the Catalans".

#100forCatalonia : Support Catalonia Declaration: 100 European Parlamentarians from all over Europe call for democracy in Catalonia.

Respecting basic democratic rights and the will to dialogue is the road to a peaceful and prosperous future in #Catalonia. pic.twitter.com/gz0vG0aGce

The MPs have signed a manifesto entitled "European Call for Democracy in Catalonia", promoted by MPs Magni Arge from the Faroe Islands and Nikolaj Villumsen from Denmark. In the text, the European MPs express their "deepest concern regarding the current situation in Catalonia".

In mid-September this year, fifteen days before the 1st October independence referendum, seven Danish MPs, including Arge and Villumsen, from different parties, had already urged the Spanish government to play a "constructive role" and had called on prime minister Mariano Rajoy to "immediately" enter into dialogue with Catalan authorities. The MPs expressed "profound worry" for the situation in Catalonia and said that it had reached a "critical point".

The MPs sent their letter to the Spanish Congress, to Rajoy's government and to the Parliaments and governments of Catalonia and Denmark. 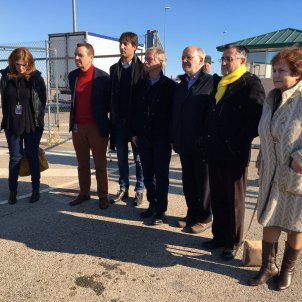