Recipes in times of coronavirus (7): Carme Ruscalleda and her "on board" rice 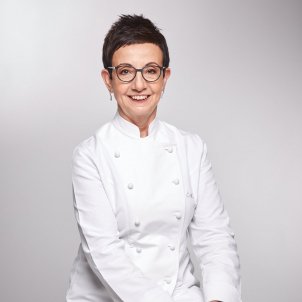 Many of us miss the blue sea and its breeze. The waves transmit serenity and tranquillity, necessary now more than ever, but confined at home, we seek to transport ourselves to this anchor point that offers us the Mediterranean. Today, the Catalan Academy of Gastronomy and ElNacional.cat bring you an "on board" rice with squid courtesy of the great chef Carme Ruscalleda. As she points out, we the Mediterranean people reinvent ourselves, and from this ingeniousness great dishes such as this one are created. Pure “on board” culture: with few products we can make a rice “that will make the angels sing”. Enjoy!

A handful of peas

1. Prepare the fishermen’s picada (minus the wine). Put aside until needed

5. Add the green pepper and fry it lightly for another minute (3:05)

10. Add the peas, cover the sauce pan and wait three minutes. Once the three minutes pass, turn off the heat and let it rest for two more minutes. (6:56)

Member of the Catalan Academy of gastronomy since 2011, and the Spanish chef with the most Michelin stars, 7 (three for her restaurant Sant Pau in Sant Pol de Mar (Barcelona), two for Moments, in Barcelona, where her son Raül Balham is in charge of the kitchen, and two more for the restaurant Sant Pau in Tokyo) she also has the highest rating (three suns) of the Campsa-Repsol Guide.

Her cuisine is based on the traditional Catalan cuisine, but she always adds a modern touch. Opening her restaurant in Japan, and the constant travels to the country sparked her interest for some of its culinary techniques, which she adapted to Catalan products and cuisine

She strives to create a healthy cuisine, focusing on products from her own land, adding “a certain poetry” to her cooking. She frequently adds literary references to her recipes. Hard working, cheerful and generous, she doesn’t hesitate to share her knowledge in publications for the public.

- Ten years of cuisine at the Sant Pau (1998), in which she explains her childhood’s family cuisine and what she learned over the years by working as a self-taught cook in her restaurant.

- Carme Ruscalleda: From the dish to life (2000), with recipes presented in two versions, one more elaborate for restaurants, and a simpler one to be easily copied at home.

- Cooking for happiness (2001, translated into Spanish in 2002), her greatest success, over one hundred easy and quick recipes to enjoy eating without giving up healthy and natural cuisine.

- One year with Carme Ruscalleda (2004), easy recipes for each month using seasonal products.

- Cooking at home (2005), more easy recipes for each month with seasonal products.

- The easiest and most modern kitchen (2006), simple recipes for each month with seasonal products, to encourage those who found previous recipes too complicated.

- Carme Ruscalleda's Mediterranean cuisine (2007), with recipes that work, fast, modern and healthy, all with an avant-garde touch.

Among others, she has received the following awards:

Carme Ruscalleda is the seventh chef to take part in this joint action between the Catalan Academy of Gastronomy and ElNacional.cat. The first was chef Carles Gaig and his fried eggs (with water!), followed by chef Fina Puigdevall from Les Cols Restaurant with flour corn and poached eggs, the third was chef Nandu Jubany with his stewed potatoes, the fourth was Joan Roca with his casserole rice, Núria Gironés from Ca l'Isidre sweetened Easter with the recipe of a typical Penedès Mona (a type of pie), and a few days ago chef Eduard Xatruch from Disfrutar restaurant cooked us a delicious risotto with tomato and basil. 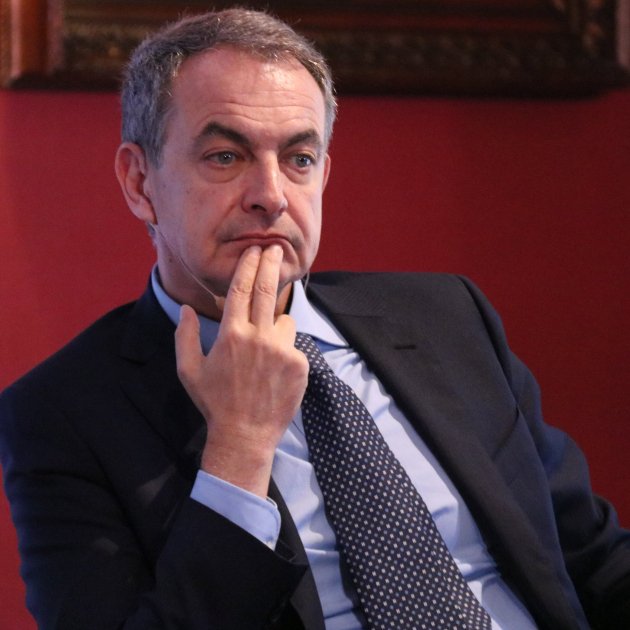 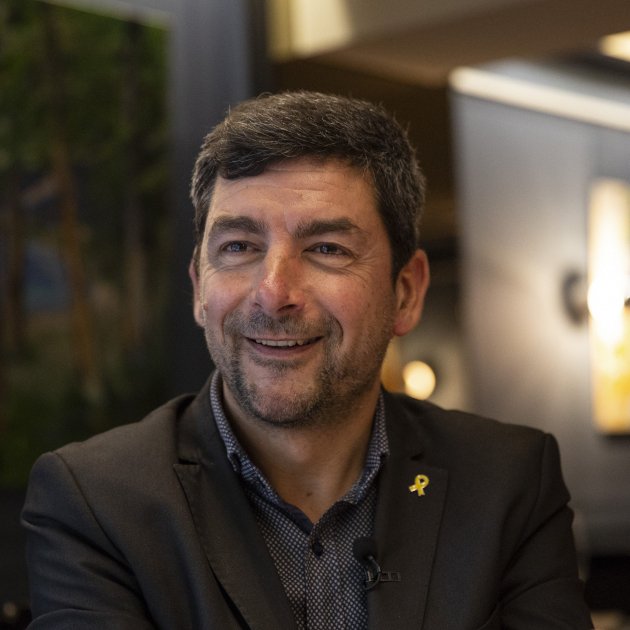 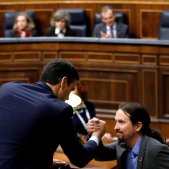 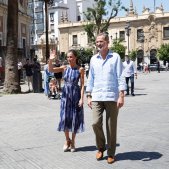 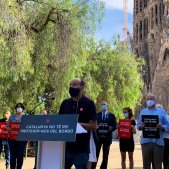