Following the position taken on Friday by Spanish public prosecutors acting in the Supreme Court which effectively backed the argument made by Catalan president Quim Torra, it appears that the case - of Torra's immediate disqualification from his seat as an MP, previously ordered by the Central Electoral Commission - will be postponed. Thus one of the conflicts which seemed about to blow up between the Catalan Parliament and Spanish justice would be shifted to the back burner. It remains for the Supreme Court to rule in the same vein as the prosecutors and the Catalan president's defence lawyers. If it does so, the disqualification would be left without a date for its activation, and it would be up to the discretion of Spain's high court to either accelerate it or prudently assess it under the appropriate rules and all this would take us until well into the second half of the year.

The fact that this news coincides with the start of political dialogue between the Spanish and Catalan governments takes pressure off the first meeting, which, despite having no date, cannot be delayed for more than eight or ten days. The Spanish prime minister and the Catalan president will have to see each other beforehand, even if it is only to set the stage for the resumption of talks, set down a script for the topics to be addressed, plan the times between meetings and set a realistic timetable for the results. If we look at the prior meeting held by the Catalan political parties this Friday, each party is playing a different tune, the desire to reach agreements is nonexistent and the goal of the opposition - the Catalan Socialists and, in particular, the Comuns - is to force an early Catalan election, but they don't seem to have achieved that.

In the midst of this cauldron of partisan strategies - which are legitimate but which should be seen for what they are - a sterile debate has arisen over the composition of the dialogue table between the two governments and the inclusion or not of parties which do not form part of the Catalan executive. I don't know exactly where the difficulty lies in understanding the relevant sentence in the PSOE- ERC document signed for the investiture of Pedro Sánchez. It reads: "Composition: the Government of Spain and the Government of the Generalitat of Catalonia. Delegations will be established to have parity and with the members that both parties decide." That sounds pretty clear, right?

So what sense is there in debating about whether half of Catalonia is left out if only the parties of the Catalan government attend? Is it possible that Sánchez plans to incorporate, on the Spanish side, the right wing leaders Casado, Abascal, Arrimadas or the Basque nationalists, or even ERC itself? Of course not. This dialogue table is not like the mixed committees that oversee central government transfers to the autonomous communities with the Spanish executive on one side, and the community involved on the other, incorporating the parties represented in Parliament. Rather, it is a table between governments that represent what they represent, but have the confidence of their respective parliaments. What some of those who are complaining should do is make efforts to achieve a satisfactory agreement, since if the Catalan boat springs a leak, the Spanish one will do the same and perhaps the investiture of Sánchez will not have had much point to it. 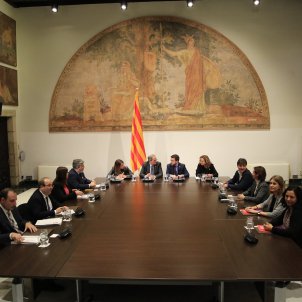 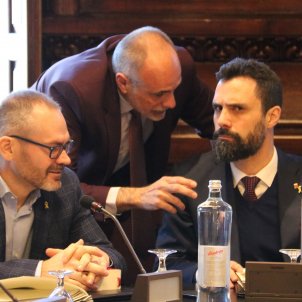