As news, it's hardly surprising, but it should not, just because of that, be allowed to go by unnoticed: I refer to the increasingly complacent attitude of the Spanish Socialists Workers' Party (PSOE) towards the corruption in Spain's monarchy. This Wednesday, the Socialists have, for the sixth time, opposed the creation of a parliamentary commission of inquiry into the fugitive former king Juan Carlos I in the Congress of Deputies. On this occasion, unlike the previous five, the lawyers of Congress had given their approval to its creation, as it was to focus on a matter that arose after the king's abdication: the financially-opaque credit cards with which Juan Carlos and other members of the royal family racked up expenses outside any control. The Socialists had, until now, taken refuge in the lawyers' rejection of the inquiry and thus dodged an issue that the PSOE leadership is clear about avoiding, but which always causes tensions among its membership, as the party historically founded by Pablo Iglesias - the other one - with republican roots, has ended up becoming the Royal left.

It is obvious that the question is not trivial, since, with its defence of the monarchy, the ultimate result is none other than to provide a layer of protection to corruption. And this should worry the PSOE and also Podemos, as it is not much use disagreeing with the positions of your governing partner yet continuing to share power as if nothing had happened. On the subject of the energy companies and the electricity price hike, something similar is happening: the PSOE tries to defend something that is more than difficult to justify while Unidas Podemos explains that it is the junior partner and, well, changing some things ain't so easy.

In this situation, in which the Socialists, for one reason or another, always end up getting their way, it can be seen that, as the first anniversary of the left-wing government passes, Podemos's rating in the polls do nothing but fall. The political positions that their voters expected are far from the stances they occupy and the Socialists threaten to reduce them to a shadow of their former selves as a result of their participation in cabinet.

An example of all this is Catalonia, where Podemos's sister formation, En Comú Podem, is suffering a hemorrhage in the polls that are appearing regularly in the run-up to the elections called for 14th February. Their candidate, Jéssica Albiach - that deputy who famously displayed her "no " vote to the Catalan declaration of independence in the 2017 parliamentary session - has seen how the so-called Illa effect - the Spanish health minister who is calling for elections, a rare variety among the species in that portfolio - has provoked a shift of voters from the Comuns to the Socialists.

But let us return to the subject of the king emeritus. It is obvious that the PSOE is willing to uphold the pact of the Spanish transition until it breathes its last and shield the monarchical institution from risk, even if that affects the former head of state. Even if, to do that, it has to hold hands with the PP and Vox, it does not seem to matter when it comes to this issue, curious though it may be to see Sánchez, Casado and Abascal voting together again and again to ensure that Congress cannot investigate a case of corruption. But in the end, even graver sights have been seen in recent years. What cannot be allowed is for deputy PM Carmen Calvo to try and distract us by suggesting that a debate might be opened up on lifting the inviolability of the king through a reform of the constitution. If the PSOE is not able to give its support to a commission of inquiry into the fugitive king, one limited only to the dubious credit cards, how is it ever going to bring about a modification to the king's inviolability, a matter much more inherently complicated? 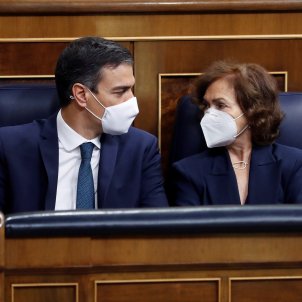 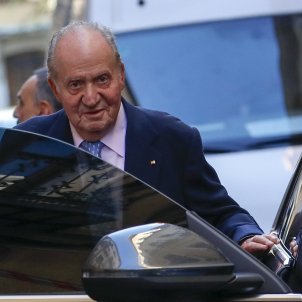 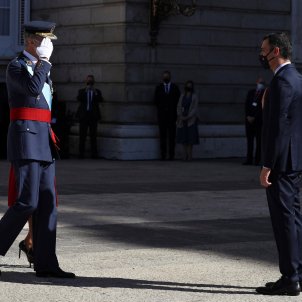 Editorial Felipe VI and his silences: the coup chat and the decamped king José Antich

Editorial What is Podemos playing at? José Antich

Editorial Illa, the minister of health at times José Antich