The leak of the verdicts: a controlled explosion in an anaestheized democracy

The leaking of the verdict and sentences decided by the Supreme Court for the Catalan political prisoners, published on Saturday by journalists who provide solid information and by media usually reliable in this type of news, at more or less the same time, is simply scandalous. It is not yet the moment to evaluate the sentences, there will be time when it is truly official - and we will see how the court resolves this botch and what it does with the judgment now disclosed and with some media outlets even letting it be known that they already have seen it, at least partially. But what we must do right now is say how shameful it is, in a state that calls itself democratic, to have this situation which is a breach of rights and that, even if it has happened in other cases, is absolutely reprehensible.

In the strictly judicial field, the fact that it has not been possible to maintain the confidentiality of information which is so highly-charged politically, says a lot about the frivolity of at least one member of the Supreme Court. Is nobody responsible for what has happened? The statement made, expressing the court's displeasure at the leak, is unacceptable due to its insufficiency. In the strictly personal field, the defencelessness of the twelve defendants - we must remember once again that nine of them have been in preventative jail for about two years - and their cases is clamorous. In terms of national prestige, this only happens in Spain. A single example will suffice: the extradition warrants for exiled Catalan politicians that were ruled on by German and Belgian courts were not published in any media before their official release, but rather, the rights of the accused were scrupulously respected.

If, up until now, we have been witness to scandalous episodes, such as journalists arriving at the place where arrests or legal or police actions took place before the respective judicially-ordered teams arrived at the same locations, on this occasion and with international public opinion awaiting the sentences, it is only a matter of time until the leak spreads out like a shock wave in discrediting the Spanish judicial system.

As the saying goes, it never rains, it pours, and it's not the first time we've had a soaking of this type around the October 12th holiday. Two years ago, we also found out through a leak on Spain's national day - it occurred during the king and queen's reception at the royal palace - that Catalan pro-independence organization leaders Jordi Sànchez and Jordi Cuixart were to be imprisoned four days later, sent by the National Audience court to the Madrid prison of Soto del Real.

Another Día de Hispanidad has gone by and now something similar but obviously much more serious has taken place, since we are talking about a court verdict that is bound to leave a deep wound in Catalan society. And anyone who is unable to see it that way has absolutely no idea about the comportment and attitudes of a society which is greatly saddened, not at all beaten, and which, when it feels attacked has put its dignity before anything else. 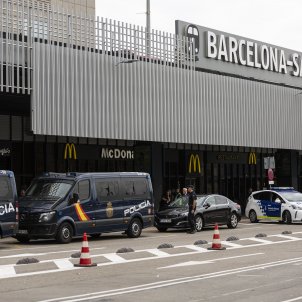 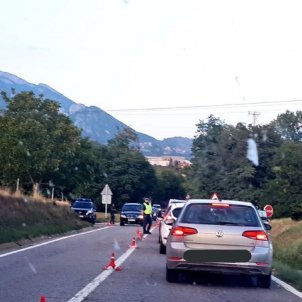