Laundering, and not worrying about the bad smells

If politics and ethics ever had some connection with each other, that point is far away from the unfortunate statements of Podemos's Pablo Echenique, when he declared that the creation of a Spanish parliamentary commission of inquiry into the revelations of the CIA on Felipe González and the GAL is not necessary "because everyone knows what happened." One can interpret that what has happened to Echenique is not very far from what Pablo Iglesias stated on March 2nd, 2016 in the Congress of Deputies, which generated great political tension at the time: "Mr Felipe González has his past stained with quicklime". It was an opinion that was not at all radical, certainly, and has now been ratified by the CIA. Echenique will have his reasons for avoiding a parliamentary commission, but considering that, currently, the PSOE and Podemos are partners in the government of Spain, it is very easy to put two and two together.

The question is not, sadly, as Echenique puts it, that "everyone knows what happened" and that for that reason he thinks that it is better not to stir up the past. If that had been done in other latitudes and at other times, many would have been sanitized very easily. Examples are not necessary, anybody can give their own and history is full of them. Perhaps he forgets that there was state terrorism and deaths in the middle of all this, and thus, moreover, his statement ends up being an insult to the victims. If we followed his advice to the letter, what would be the point of recovering historical memory at all? It would be meaningless since, using his words, everyone knows what happened.

Getting a little carried away by an anxiousness to cover up a debate so as not to seem a disloyal partner in government, cannot end up providing carte blanche for the burial of something so grave as the airbrushing away of state terrorism. The new left should not proceed so quickly in all this if it does not want to become rapidly mistaken for a kind of PSOE 2.0. Of that open-minded, disruptive and republican movement, the 15-M, less and less remains, since the establishment has its own rules and does not allow those with whom it is uncomfortable to get close to power. Podemos finds itself in this difficult balance, between representing that hope and presenting boxed sets of TV series as gifts to king Felipe VI.

Perhaps one day the party will have to choose between a new reformism and a rupture, between monarchy and republic, or between the right to decide and Spanish uniformity. They put off the big day, without having any notion of time, since it is now a matter, they must think, of enjoying power. But the line between simply putting up with a bad odour and laundering state terrorism should be impassable for them, a party who have given so many lessons, in political and, above all, in ethical senses. 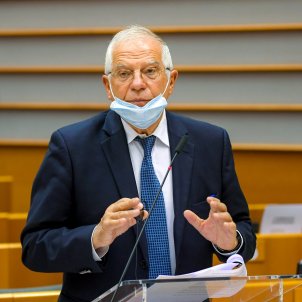 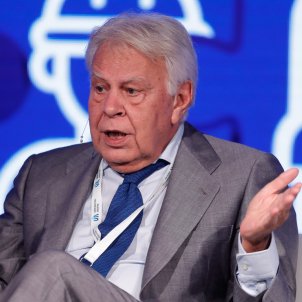 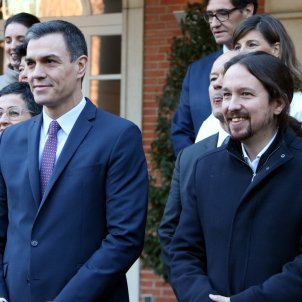 Editorial Why is Podemos so full of praise for the king? José Antich