ERC puts an end to the variable geometry of Pedro Sánchez

The negotiation of Spain's government budget which the Pedro Sánchez executive has concluded with the Catalan party ERC and the Basque groups PNV and Bildu, in addition to the coalition partners PSOE and Podemos, means, in practice, the return to the parliamentary bloc which brought the minority government to power, and consequently, the end - we will see for how long - of the variable geometry to which the Sánchez administration has eagerly dedicated itself in recent months. The contention between ERC and Ciudadanos to be the preferred partner in the first budget of the left-wing government has been won by Pere Aragonès and lost by Inés Arrimadas. Both of them knew of their incompatibility yet Sánchez loved them both. In the end, though, the equation has collapsed under its own weight.

Pedro Sánchez thus has a public budget which is essential for him since that of the Popular Party and its minister Cristóbal Montoro were still in force; Podemos now gains strength in the executive and Pablo Iglesias has shown that as deputy PM he is not a wallflower; ERC vindicates itself as a formation capable of reaching agreements in Spanish politics; the PNV accepts Bildu's entry into the negotiation, as long as the former has an advantage in the Basque equation; and Arnaldo Otegi gets the okay from the Bildu party base to enter a deal with the Spanish government, with more than 90% approval, while Spain's right wing fumes and Felipe González gets his battle axe out of the cupboard. The former Spanish PM will make noises, as will Alfonso Guerra, José Bono and some other illustrious Socialists. But this game is pretty much over, bar the shouting.

Twenty-four hours after ERC closed the deal with Pedro Sánchez, their manoeuvre has a new variable that was not on the paper they signed but that, without a doubt, favours them, and strongly: the fierce opposition of an infuriated Spanish right and the Socialist totems rolling out in procession, expressing their discomfort with the pact signed by the Spanish prime minister and the pro-independence partners. In politics, actions are also gauged by the reactions of the others. Nor is it a secret that there were interests afoot in helping Ciudadanos to get a seat at the budget table. The establishment in Madrid would have been more comfortable, Iglesias's feathers would be left ruffled and Sánchez, always walking the tightrope due to the number of internal and external enemies he has, would have a narrower margin in parliamentary votes.

With the budget passed, the Spanish legislature has real options to last four years, something that was open to question in the summer while other state powers were speculating about legal action against ministers for the management of the pandemic or even a possible dismissal from the Podemos leadership over a corruption case. Suddenly, the Spanish accounts change the perspective on the legislature's parliamentary majorities. And Sánchez can start again, one year later. 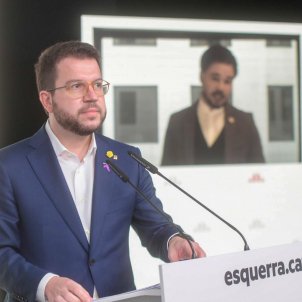 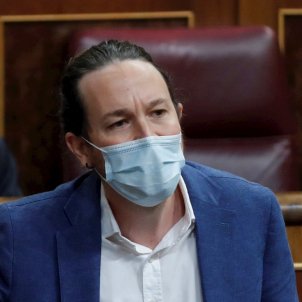