The bargain struck by ERC to support Spanish budget: 2.3 billion euros for Catalonia

In Spain's November 2019 general election, the top-ranked party in Catalonia was the Catalan Republican Left (ERC) which attracted 870,000 votes under a policy of taking a more pragmatic path of negotiation towards Spain than the face-off over the independence question which had been the political tonic for the previous years. And ERC have retained the same strategy since, in spite of criticism from the other pro-independence parties. The new year of 2020 began with an agreement reached between ERC and the Spanish Socialists of the PSOE to vote Pedro Sánchez in as new prime minister, and now the year ends with the same players weaving a new alliance to pass the Spanish government's budget. The Republican Left, led by Pere Aragonès, validated the agreement at a meeting of the party's executive on Wednesday morning. The text envisages that Catalonia will receive 2.34 billion euros in the 2021 budget: the Spanish state's largest investment in Catalonia in recent years. And the promise: that for the first time, the Catalan government will receive more than it contributes to the state GDP. ERC has incorporated a "compliance clause" to ensure the Spanish government meets the payment obligations it has agreed to. 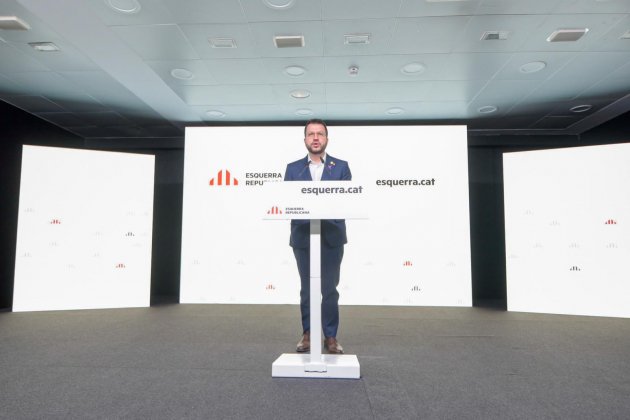 Twenty-four hours ago, ERC and the PSOE had a pre-agreement on the deal, which was announced by Gabriel Rufián in Madrid; since then, the work has continued to arrive at a final document. Already on Tuesday, Rufián announced four commitments that ERC had convinced the Spanish government would be needed for a deal:

It all adds up to 2,34 billion euros: that is, the sum of what Catalonia will receive through the direct transfer of budgetary income, worth 2.1 billion, and the planned capital transfers. In this way, the percentage of state investment in Catalonia will reach 19.1 per cent of Spanish GDP. According to Pere Aragonès, this means that "for the first time" Catalonia will receive more money than its weight in Spanish GDP, which is currently 19.0 per cent annually. For this reason, Aragonés stressed that this is a "demanding agreement". He also made it clear that "it's not a blank cheque." Proof of this, he explained, is that the agreement reached with the PSOE includes a "clause" to control that the Spanish state does not skip out on its obligations, as it has been doing throughout recent history. A monitoring committee will meet every four months to verify this. 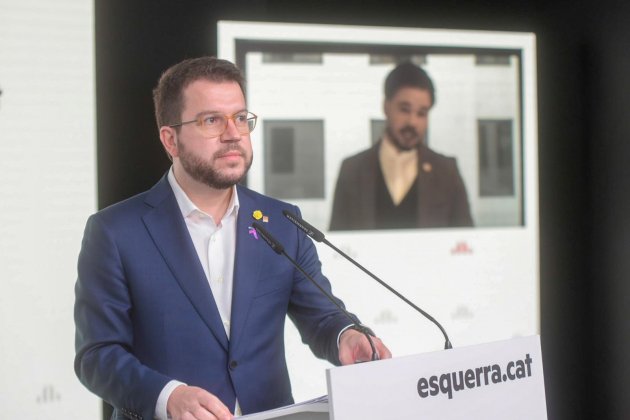 "You have to manage the day-to-day"

Gabriel Rufián and Pere Aragonès were in charge of announcing the agreement with the PSOE. They held a virtual conference, straddling Madrid and Catalonia.

Rufián justified the pragmatism of the alliance with the assertion that it is necessary "to manage the day-to-day and what happens 'in the meantime'," because in the current situation, "there's no room for magic." ERC say their  stand is responsible. "Being useful doesn't make us less pro-independence."

As he put it, this new alliance confirms a "paradigm shift" in Spain in relation to the last 40 years, when the state only made deals with "Catalan and Basque right-wing nationalisms". Now, he claimed, "they are obliged to reach an agreement with the pro-independence left."

One of the outstanding elements of the budget agreement between ERC and PSOE sets the goal of reviewing tax policies to end fiscal dumping in Madrid, whereby higher income earners opt to pay tax in the Spanish capital in order to be taxed less.

The announcement has stirred the anger of the Community of Madrid president, Isabel Díaz Ayuso (Popular Party), who has unleashed her ire on the PSOE and ERC with an explicit threat: that "anyone who touches the pockets of the people of Madrid will face their worst nightmare."

Meanwhile, the support of the 13 ERC deputies in the Congress, added to the five of left-wing Basque party Bildu and the six of the Basque Nationalists (PNV) also leaves right-wing Spanish party Ciudadanos without a leg to stand on. The party led by Inés Arrimadas has sought to seduce the Spanish government further to the right over recent months, and indeed, the conservative wing of the Socialist party supported a deal with Cs on the budget vote. Finally, however, the pact with the Catalan and Basque pro-independence left which brought Pedro Sánchez to power has been repeated for the budget.