There are still many things to say about the Andalusian election, which have caused a historic fall for PSOE and have lifted the right and Francoism to electoral victory. Now everything is lamentation, especially for PSOE, who waved off Civil Guards and national police from different commands around Andalusia to act with virulence never before seen against defenceless people who simply wanted to vote in the 1st October Catalan referendum last year. Andalusian society's problems come in part from that A por ellos ("go get 'em") and the uncritical support of the king's speech on 3rd October. Well, there it is: Vox, 12 deputies. The Aznarist right (PP), Rivera as a representative of José Antonio Primo de Rivera thought and Abascal leading the Francoist party (Vox) have a solid majority in the Andalusian Parliament. All that remains to be seen is what they'll do with it.

But there'll be many days to talk about Andalusia and the incompetence of the system's parties. Today, my article wants to focus on the two new members of the Catalan government fired by Mariano Rajoy who have started an indefinite hunger strike. They are Joaquim Forn and Josep Rull with whom, following Jordi Sànchez and Jordi Turull (who started it on Saturday), there are now four political prisoners in Lledoners on hunger strike. Sànchez, Turull and Rull are, moreover, currently deputies in the 12th legislature of the Catalan Parliament since they haven't renounced their seats. It's a really exceptional situation, both in political and human terms. It's an exceptional response in a democratic state which takes pride in its legal system. Spain is no longer considered among those states by many as a reult of the general case against the Catalan independence movement. There is in all of them a Gandhian drive to civil protest in the face of a great injustice by the Constitutional Court which has blocked (for over a year already!) their appeals. What did Mahatma Gandhi do? A total of 17 hunger strikes of between 7 and 24 days each.

The penal centre of Lledoners was previously just a prison. A prison where seven Catalan political prisoners were unjustly incarcerated following an investigation of the criminal case by the Supreme Court which isn't supported in any of its claims and which comes far from fitting what happened those days. A situation just as unjust as that which Carme Forcadell and Dolors Bassa are putting up with in two other penitentiaries. The prisoners on hunger strike today have the recognition, support and solidarity of an enormous mass of Catalans who feel themselves ideologically similar to them, but also from many others of more diverse ideologies. In public, things are black and white; in private, greys are also in abundance.

What a great paradox: the dignity of Lledoners, Mas d'Enric and Puig de les Basses, versus Vox's arrival in the Andalusian Parliament. Those who only gave their people the opportunity to vote versus those who cheered on those who, baton in hand, injured more than a thousand people. The defenders of democracy versus those who want to end with it. All that in two images. 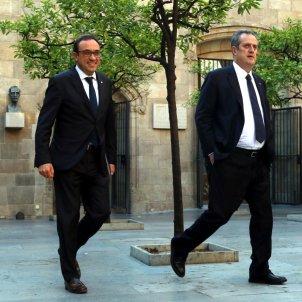 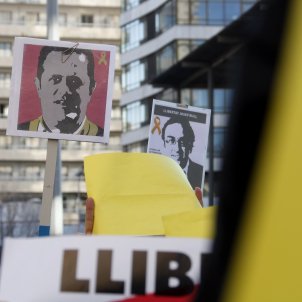 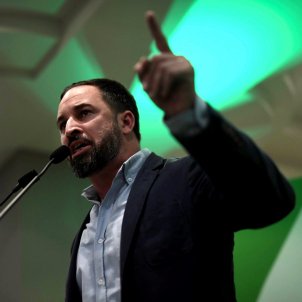