In democracy, those in uniform don't talk about politics

Some years ago, when it was political power that dominated on the public stage, at least apparently, and there hadn't been a shameless folding by its representatives, ceding the positions it's their place to hold in a democratic country, it would have been unlikely for us to reach a situation as extreme as that seen this Wednesday in the Civil Guard barracks at Sant Andreu de la Barca, for the celebration of their patron, Our Lady of the Pillar's feast day on 12th October. That the situation is highly tense is clear. That Spain's security forces remain suspicious of Catalonia's Mossos d'Esquadra police, obvious. But politics is done by (or should be done by) politicians; justice should be down to judges free from any pressure; and those in uniform, whether they belong to a branch of the military or a police force, should obey orders and leave political and, for some, incendiary speeches aside.

That hasn't happened with the head of the Civil Guard in Catalonia, general Pedro Garrido, in Sant Andreu de la Barca this Wednesday. And, with a highly politically-charged speech linking the independence movement, which he defined as the "Revolution of Smiles", with hatred, meanness, destruction, pain and suffering "under the justification of a cause which the law does not provide for", he recalled that two years ago (referring to the Civil Guard's intervention in the 1st October referendum) the members of the gendarmerie stood "firm in their commitment to Spain" and warned that "every time it may be necessary, we will do it again". Words, these last ones, which weren't chosen by chance, echoing the "We'll do it again" of the president of Òmnium, Jordi Cuixart, who's been in provisional detention for almost two years. There were other expressions which are difficult to justify and praise for the investigatory work of the force which has unleashed the whole legal case against major Josep Lluís Trapero and the former senior leadership of the Mossos.

That the political and uniformed heads of the Mossos present at the event should have walked out immediately and felt offended is almost an anecdote beside the gravity of the situation. In the Mossos, they're saying that the Spanish government's delegate to Catalonia, Teresa Cunillera, apologised in the afternoon in her name and on behalf of the Spanish interior ministry. The apology, if it happened, is welcome, since nobody has wanted to officially confirm it from the Spanish authorities, perhaps, to not signal boost the issue and to avoid the Madrid press crucifying it this Thursday.

In this battle is there nobody in Madrid who can say out loud that it's not appropriate in a democratic country for those in uniform to give political speeches? I remember that even in 1982, when Narcís Serra became the first PSOE defence minister, there would have been an investigation to find out the facts in such cases. Even in this way we've gone backwards. Today, certainly, nobody would dare do so. Far from it in the current situation in which, sadly, it appears that anything goes to end with the Catalan independence movement. 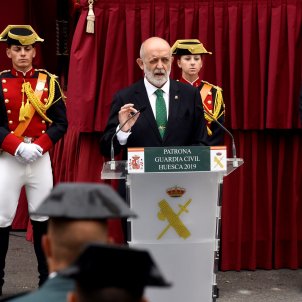 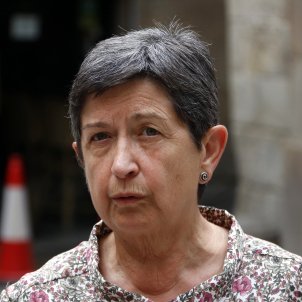 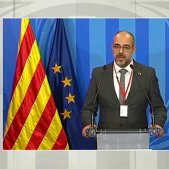