Guardiola's prophecy: the decay of the Barça dressing room 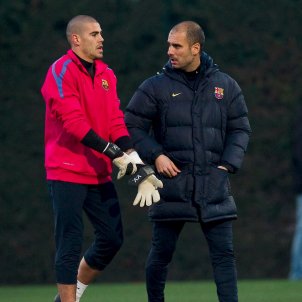 "We're going to hurt." This is the phrase that Pep Guardiola used in 2012 to justify his farewell to Barça. The triumphant Catalan coach, after squeezing the juice out of his squad for four seasons, knew that in order to keep the project on the road some sacrifices would have to be made. To be specific: Gerard Piqué, Dani Alves, Cesc Fàbregas and David Villa. Sacred cows who had settled down but, as though it were a rebellious high school class, still had enough power to lead the rest of the group astray. Guardiola, a teacher who was strict but also kind, decided it was time to step aside: including some of his favourite students in the fail list for the year would have been too painful.

Eight years later, and despite the fact that most of those players have already left the Camp Nou, Barça faces the same essential problem that led to Guardiola's farewell. Coincidentally or not, the only players left from that cycle are now the captains: Leo Messi, Sergio Busquets, Piqué and Sergi Roberto.

The problem with being extremely good is that you end up believing you are. In the 2014-15 season, after two years of lethargy under the guidance of Tito Vilanova and Tata Martino, Barça once again became a hungry beast that devoured its rivals almost unthreatened in the three major competitions. Luis Enrique tensed discipline to the fullest to regain the competitiveness of his men and almost paid for it with his head after the mid-season loss to Real Sociedad at Anoeta - when he controversially left Messi on the bench - but the prize was an historic treble. Ironically though, that glorious final in Berlin (3-1 over Juventus) was the beginning of the end.

In the following two seasons, the goals from the attacking triplet of Messi, Luis Suárez and Neymar served to disguise several details that revealed that the players were gaining power. Too much power. The '10' was not to be substituted without prior consent, the '9' put on a sour face when he was called back to the bench and the '11' took unofficial transatlantic trips home or carried out commercial obligations in mid-match. Meanwhile, Marc-André Ter Stegen was plotting an ultimatum to the club to oust Claudio Bravo from between the poles, Jordi Alba rebelled when he started on the bench, and the fate of Munir and Sandro, youth team choices that Luis Enrique had promoted, was sealed by their teammates. 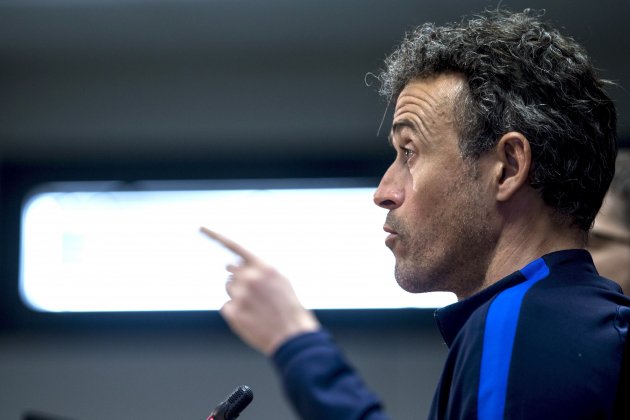 Luis Enrique fled once he saw the signs and his substitute was Ernesto Valverde, a conciliatory, affable type of guy. The pact was practically vox populi: the coach made concessions - longer breaks, travel on match days, team line-ups by consensus - and the players responded with wins. Samuel Umtiti, with his shredded knee, forced his contract renewal by blackmailing the club; Javier Mascerano vetoed the signing of Athletic Bilbao's Íñigo Martínez (and then went to China) and Piqué, between matches, dedicated himself to organizing a world tennis competition. In La Liga the formula worked perfectly, which is to be expected if you have Leo Messi in your ranks, but in the Champions League, where a detail makes a difference, the result was extremely disappointing, with two painful departures in a row.

This season, the ominous signs have continued to pop up like poisonous mushrooms: first, collective pressure of the heavyweight players to bring back Neymar, then Ivan Rakitic's attacks on his own coach, and finally, the collective boycott of the pre-release of the Barça documentary series Matchday. All this, of course, until the team drew with Espanyol and was eliminated in the new four-team format of the Spanish Super Cup. That was when the squad pronounced its sentence: they no longer believed in their beloved Txingurri. The subsequent episodes, with the public battle between Messi and Abidal at its height, only reinforce the idea that the dressing room has become untouchable.

Who's in charge here?

Barça's trajectory since the Frank Rijkaard era has been cyclic. The team gets comfortable, a new coach arrives eager to impose discipline, the squad responds for a year or two, and then, after three or four have gone by, they get soft again. It's clear that now the Barça team has reached the most gaseous phase of its decay, which, as expected, Quique Setién is helpless to stop, either now or in the future. The latest dispatches from the training ground at Ciutat Esportiva Joan Gamper, in fact, suggest that the players have already decided their boss's fate. 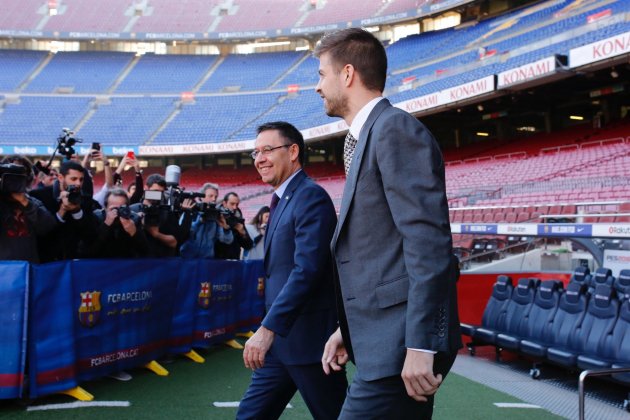 The key to breaking this dynamic of cyclical decline is to let some fresh air into the dressing room regularly. Or better said: let some in and let some out, even if it means that the heavy hitters have to be shown the door. This is what incoming president Joan Laporta did in 2008, when he handed the reins of the team to Guardiola and handed him a very broad broom. The new manager didn't think twice: Ronaldinho to Milan, Deco to Chelsea and Samuel Eto'o, a year later, to Inter. The result was the first treble in the club's history.

Is this Barça board capable of doing something similar? The answer, of course, is no. Josep Maria Bartomeu, an infinitely less charismatic president than Laporta, does not have the strength or the resources to make his position count. He hasn't earned it. In just a few years, he has, in fact, shown that he is able to sacrifice those further down his organigram to avoid causing discomfort in the dressing room. And if not, ask Eric Abidal, who has retained his post by a miracle.

Bartomeu has also not been helped by the fact that his subordinates, starting with the sporting directors, have been shown to be incompetent. Renewal is needed, yes, but not in a hit and miss fashion. Surgical accuracy is required. If Pique goes, his replacement must be Matthijs de Ligt; if Jordi Alba is transferred, his replacement cannot be Junior Firpo.

The problem, however, is that the board of directors has its hands tied by its own inoperability. Can you imagine Bartomeu selling Pique to the Los Angeles Galaxy? Obviously not, because then who would be responsible for lining up the club's principal sponsor? 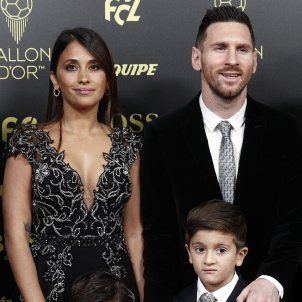 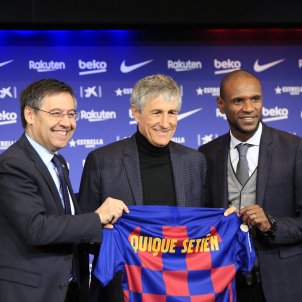