And then there were nine: Turull, last of the Catalan prisoners to begin work leave 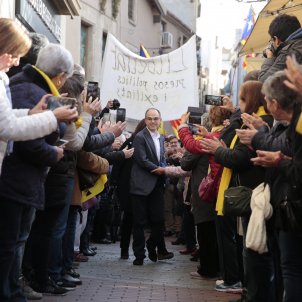 Just as on Monday in the case of Josep Rull - eighth of the jailed pro-independence leaders to start work, also in the city of Terrassa - people wearing symbolic yellow scarves and ribbons waited for Turull in front of the law firm's doorway from around half past seven.

However, the implementation of the Catalan city's new low-emission zone, which has affected traffic flow in the area around Jordi Turull's workplace in Plaça Vella, caused him to arrive late on his first day.

Instead of appearing out of the carpark in the square itself, as had been envisaged, he popped up walking down a side street, accompanied by his wife. Immediately the applause erupted, and supporters lined either side of his route. The cries of "Freedom, freedom", accompanied him to the door of the law firm.

Concerned about his lateness, Turull did not spend much time with those there to support him, but simply exchanged hugs and greetings with some of those present, including JxCat deputies Albert Batet and Eduard Pujol, before proceeding to the door while apologizing to the swarm of photographers for the delay and his rapid entry. "Excuse me, I have to go in already," he asked as he entered what from today onwards is his workplace, right next door to one of the most popular bakeries in Terrassa, the Forn Turull. 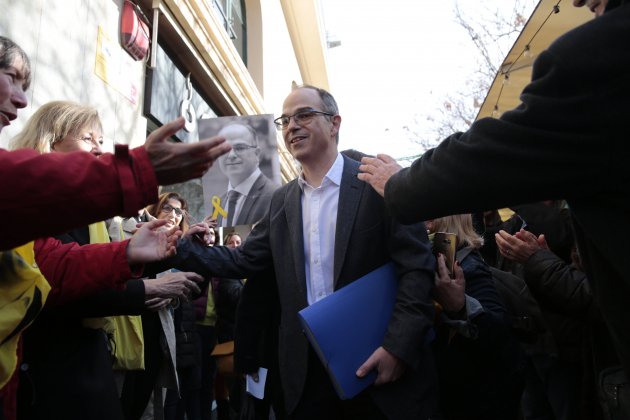 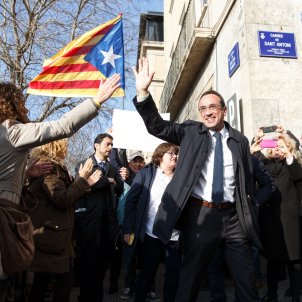 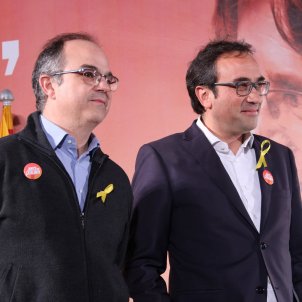