Catalan president Quim Torra has complained that Spain's embassy in the United States is exerting heavy pressure to prevent him from mentioning Catalonia's independence process in an address to the Smithsonian Folklife Festival on Wednesday evening. The pressure is intended to ensure that Torra's address to the Washington DC festival is limited only to subjects related to popular culture, rather than Catalonia's aspirations for independence and its current conflict with the Spanish state. The Catalan leader has been on an official visit to the United States since Monday.

“Unfortunately, shadowy Spanish diplomacy makes its presence felt whenever Catalonia raises its voice in the world”, the president commented. In declarations to the media that is following his visit, Torra stated that there had been “obvious pressures” from Spanish diplomacy, applying the “usual restrictions” and an attempt to make the Catalan government "lower its voice".

The president is to coincide with Spain's US ambassador Pedro Morenés in a private reception as part of the opening of the Smithsonian's cultural festival, and has said he will take the opportunity to give the ambassador an "informal" impression of the current political situation, if the two men have a chance to converse.

Ambassador Morenés, a former Spanish minister, has in the past been noted for taking strong action against the Catalan government's campaigns to put across its point of view abroad. In July last year he sent a letter to the New York Times to response to an editorial in the newspaper defending the holding of Catalonia's independence referendum. In the letter he said he was dismayed by the “lack of objectivity” and the “flagrant omission of facts” in the Times article.

In statements on his US visit, president Torra has appealed to the right of free speech that exists in the United States. “We too have the right to speak about whatever we consider important, including the Catalan political prisoners and exiles”, he said. 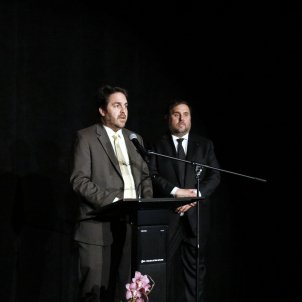