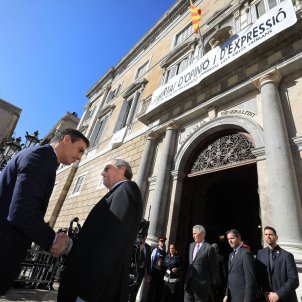 The negotiation table between the Spanish and Catalan governments is off to a bad start. The Catalan president's office has responded to Pedro Sánchez's announcement on the proposal to constitute the table next Monday, complaining that a date had been given without "any prior agreement, not even taking into account President Torra's schedule".

In a press statement, the department of Catalan president Quim Torra explains that it received a call from Spanish government officials this morning, "saying that they wanted to announce the date of 24th February." "To encourage dialogue, we have explicitly requested that both sides make a joint communication when the date is agreed upon and not to do so unilaterally," reads the Catalan government statement.

Sources in Torra's team say this is the first time a date had been proposed to them and they responded by setting out the the schedule issues that prevented the Catalan president from being in Madrid on Monday.

In spite of this, at 12 noon, from the Spanish government's Moncloa palace - twenty minutes after the phone conversation, according to Catalan presidency sources - the proposal to constitute the table next Monday was announced. Fifteen minutes later the Catalan government released a response, recalling that at the meeting on 6th February in Barcelona, it had been agreed that two technical teams would agree on the date, place and agenda. "The Moncloa has not yet told us who their technical team is for the preparation of this," said the Catalan note.

Finally, it stated that Torra's team had conveyed to the Spanish prime minister's office their wish to set a date "in line with the commitment made by the two leaders".

On Tuesday, the Catalan government spokesperson, Meritxell Budó, affirmed that the proposal to hold the meeting before the end of February, had been proposed by Sánchez​, not Torra, and that the Catalan president demanded that before the table was constituted, agreement was needed on the exact terms under which it was to be held and specific issues such as the figure of the mediator.

This position is not a common one within Catalonia's coalition government. The other government party ERC makes no secret of its wish to call the first meeting of the table as soon as possible without the debate over the mediator being an obstacle. 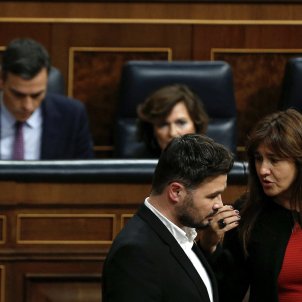 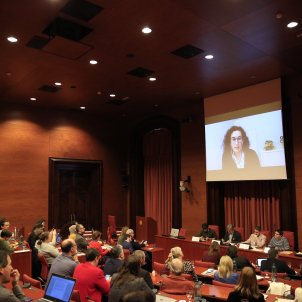