Day of the Constitution

The party pic of the day at the 41st birthday for Spain's Constitution was surprising enough to go down in history. The leader of the left-wing Unidas Podemos party, who in the past frequently called for Spain's "Regime of '78" to be lain in its grave, Pablo Iglesias, had a good long laugh in the company of two parliamentary "colleagues" with whom you might not have expected him to share the same wavelength: prominent right-wing politicians Inés Arrimadas of Ciudadanos, and Iván Espinosa de los Monteros from far-right Vox. The three joked and gestured expressively together, seemingly in reference to some story that they all found hilarious. The shared moment took place this Friday at the Day of the Constitution celebration in the Spanish Congress' Hall of the Lost Steps, where the trio knew very well that the cameras and accredited guests would be watching them. Here's the moment:

Translation:
"For fascism, not even water. NOT LAUGHTER" — Juan Miguel Garrido

And the photograph from the Regime of '78 birthday party which captured all the attention: 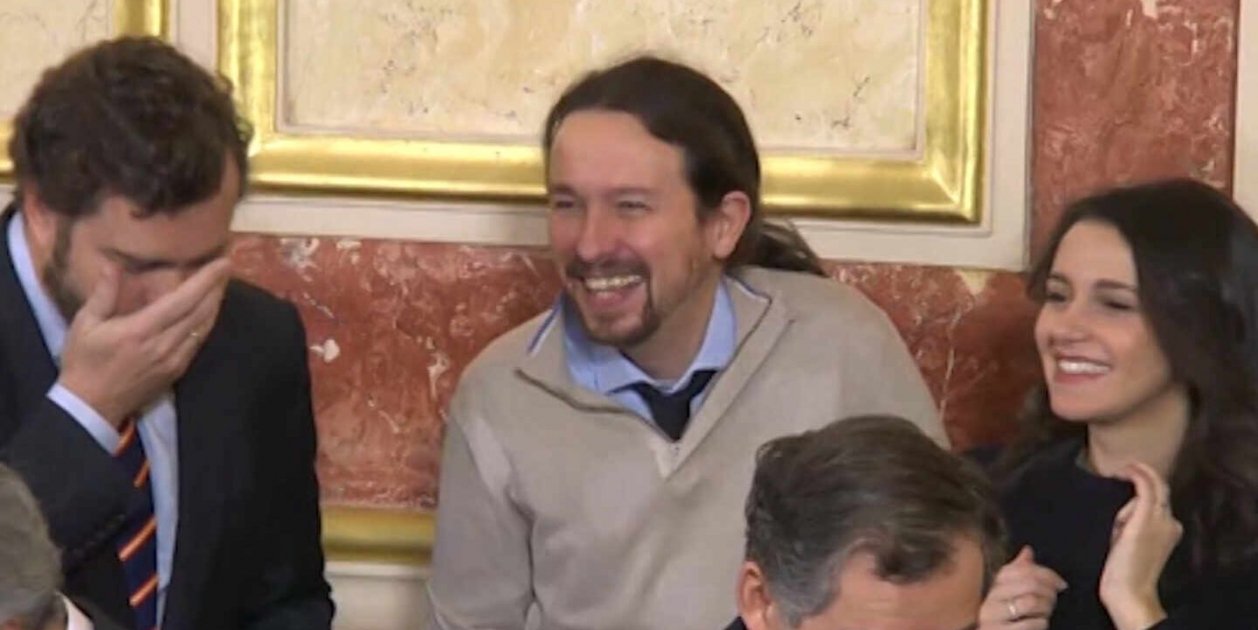 It's true that a picture is worth more than a thousand words... in the Spanish Congress.