The speech by Emmanuel Macron which shows up Spain's Felipe VI 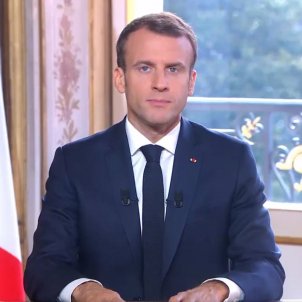 The president of France, Emmanuel Macron, has shown up the approach of Spain's king Felip VI, by making an institutional speech with full democratic normality after a self-determination referendum. Macron said he was "proud" that the majority of voters in New Caledonia had opposed independence from France in the referendum held in the South Pacific island territory, and he offered "dialogue" and "guarantees" to those who had supported independence.

In a solemn speech from the Élysée Palace, the French president said that the vote, in which 57% of voters rejected independence, was "a show of confidence in France, in its future and in its values".

Macron avoided references to winners and losers, commenting that "the only defeat is that of fear and division", in the face of "peace and the spirit of dialogue", which he considered as "the only possible path".

The president, who in the name of the neutrality of the state did not take any part in the campaign, highlighted the "exceptional turn-out", which reached 80%, in the plebiscite held on Sunday. He added that he understood "the disappointment" of independence supporters and asserted that France will be "the guarantor of the dignity of all the layers of society".

Support for independence, which was the majority view among the territory's indigenous Kanak people, increased in the referendum from the figures reached in the last local elections and was significantly higher than what the surveys had predicted.

Macron invited all political forces in the New Caledonia archipelago "to think of the future" and to go forward in "the inscription of New Caledonia within France and within Oceania".

He mentioned that Edouard Philippe, French prime minister, will be in the New Caledonian capital Noumea tomorrow, where he plans to meet the different political leaders.

Macron's speech was very different from the address given by Spain's king Felipe VI after the independence referendum in Catalonia on 1st October 2017 - a referendum which, unlike that of New Caledonia, was not consented by the central government of the state.

Speaking two days after the Catalan vote, Felipe VI had said the Catalan government had acted "outside the law and democracy" by holding the referendum, and had put at risk "the economic and social stability of all Spain" with its "irresponsible behaviour." The Spanish head of state made no comment on the hundreds of his subjects who were injured by police repression that day, nor any gesture of empathy with the opinions of the 2.3 million Catalans who voluntarily took part in an "illegal" act. 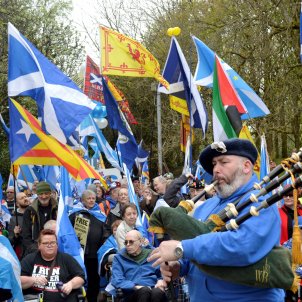 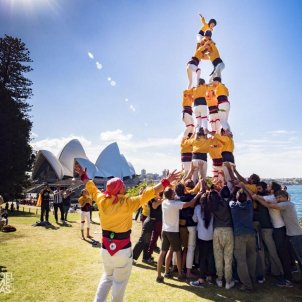