After 39 months in prison, the former Speaker of the Catalan Parliament, Carme Forcadell, was released this Wednesday after the Spanish government approved her pardon yesterday, along with that of the other Catalan political prisoners.

The first thing Forcadell did when she left the Wad-Ras prison in central Barcelona, where she was received by dozens of political figures and independence supporters, was to call for an end to the repression and for the exiles to return.

"What we want is an amnesty. It is a day of joy for those of us who have left, but what we want is an end to repression, that all those who are being persecuted to be free and for the exiles to be able to return," she demanded. “Today’s is a small step in that direction,” she said.

Amid words of gratitude and endless hugs, Forcadell asserted that now that they are free, there are now nine more people "who will fight harder than ever for the exiles to return home and those facing retaliated to be free."

Forcadell is an especially cherished figure among pro-independence personalities and that was clearly seen again today as she left prison. Despite the rain, dozens of people have flocked to Wad-Ras to show their support and thank her again for her work at the helm of the institution during the fall of 2017. 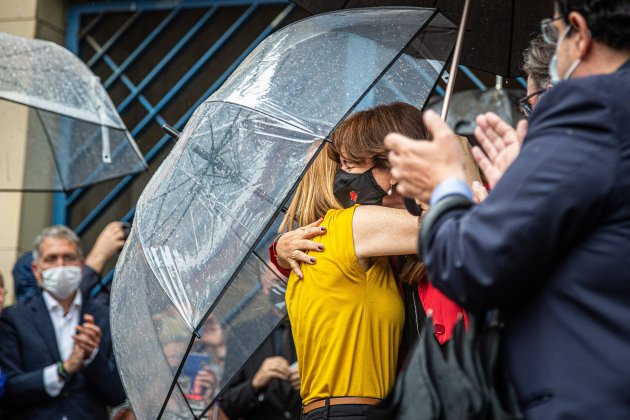 Forcadell, former president of the Catalan National Assembly (ANC) before she was elected to Parliament, received warm greetings from pro-independence politicians such as the current Speaker of Parliament, Laura Borràs, former Speaker Roger Torrent, former ministers Meritxell Serret and Alba Vergés, and ministers in the current government such as Jaume Giró, Tània Verge, Josep Gonzàlez-Cambray and Joan Ignasi Elena. 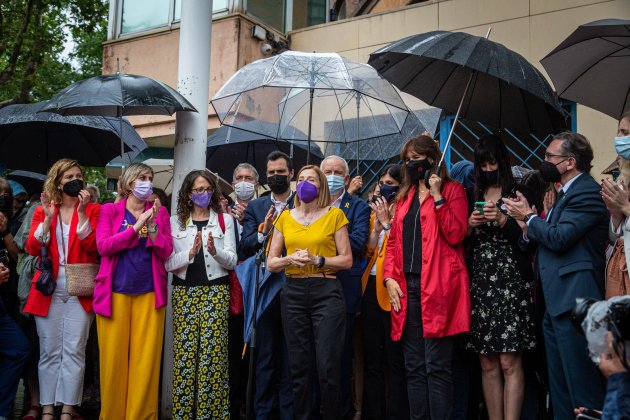