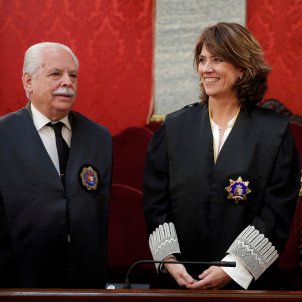 Spain's public prosecution service has opened an internal inquiry into statements made by Supreme Court prosecutor Luis Navajas, who on Monday denounced pressure from some prosecutor colleagues aimed at dissuading him from opposing the admission of 21 complaints against the Spanish government over its management of Covid, as was confirmed by sources from the Spanish attorney general's office to radio station Cadena Ser.

The head of the public prosecutors' inspectorate, Fausto Cartagena, will be in charge of hearing the complaint from Luis Navajas and the points of view of the two prosecutors who allegedly tried to influence his decision, Consuelo Madrigal and Fidel Cadena. The inquiry will investigate the veracity of the facts, under what circumstances they occurred and whether they are punishable by disciplinary action.

Navajas decided to speak on Monday to defend himself against criticism of his complaint from prosecutors' associations and from colleagues "who live one floor upstairs." In addition, Navajas explained that the public prosecutors' board "has never been convened" for such matters and he wanted to avoid this for fear of leaks, which have already occurred on other occasions, and for which some colleagues should have been excluded, "magnificent jurists, but absolutely enslaved to their ideology," he said in an interview on radio station Onda Cero.

At the time he reported that last May, "when the bread was still to be baked," two of these colleagues came to his office "to influence me on the merits of this matter," and warned him: “Listen, the prestige of your carreer is at stake, don't sully it in your last few months,” in reference to his upcoming retirement, which is due, he said, in 82 days time. "It became even more serious after one of these prosecutors, a female colleague, had in April or March created a harangue against the government by publishing an article" critical of the Spanish government, said Navajas, later recognizing that he has been referring to fellow Supreme Court prosecutor Consuelo Madrigal. "I'll now be told it is freedom of speech. No, we prosecutors are completely prohibited from congratulating or rebuking the political authorities." Such actions are penalized as "very serious misconduct", he said.

It was at this time that he realized that, "I could not enter into debate with this group about whether they would give me their advice," he explained, stating that he was not alone in this decision, but had support from "very solvent people" from the prosecution service's technical secretariat , which is "a group of qualified prosecutors" appointed by the Spanish attorney general. 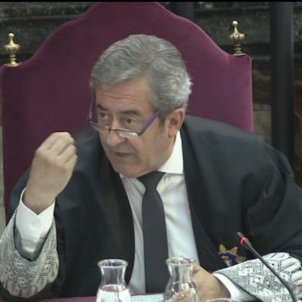 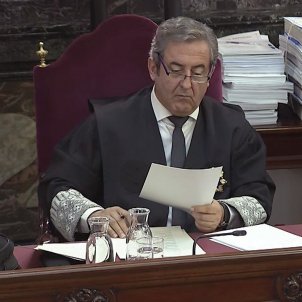 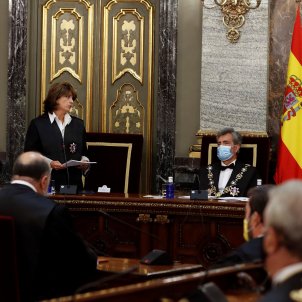