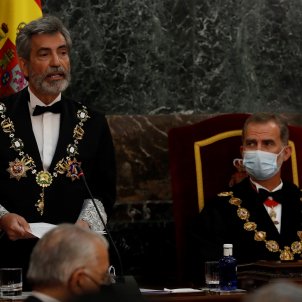 This Monday, Spanish politics woke up with a WhatsApp, revealed by El País, from Pablo Casado to Pedro Sánchez. The leader of the opposition had conveyed to the prime minister, back in August, that an agreement to carry out the long-overdue renewal of some of the country's key constitutional organs was practically sealed. Yet weeks later, the lack of understanding between the two major Spanish parties, governing PSOE and opposition PP, continues. And faced with this fact, Carlos Lesmes, president of one of those key bodies, the General Council of the Judiciary (CGPJ), has also spoken out this Monday, calling on the parties to proceed to the renewal "without delay." At a judicial occasion presided over by king Felipe, Spain's constitutional paralysis was put on display.

It has now been two years since Lesmes's appointment expired as head of the Spanish judiciary's supreme body. The mandates have also run out for four judges on the country's Constitutional Court, the Ombudsman and the board of the Spanish public broadcaster, RTVE. Lesmes's complaints took place during today's ceremonial inauguration of the new judicial "term" in Spain which, at the same time, also maintained silence on some other issues of constitutional importance: not a word on the flight from Spain of the king emeritus Juan Carlos I, nor on the matter of Catalan president Quim Torra's disqualification from office.

Lesmes delivered an address which, he said, he wanted to be "the last" of his term. The man who is president of both CGPJ and the Supreme Court recalled that "last year, with the term of the current General Council of the Judiciary having expired, and therefore acting under an extension of my period of duty, I pronounced for the second time some words of farewell which I never imagined I would have to reproduce once again this year."

Given this situation, Carlos Lesmes lamented that "the renewal of the institution has still not taken place despite the fact that we have called for it repeatedly". The highest representative of the Spanish judiciary warned that "this delay is a serious anomaly." And he reiterated another strong call: "It is the constitution itself that sets the term of office of each General Council at five years, so I see myself obliged to once again urge the public authorities concerned to appoint a new Council to the institution without further delay."

"It is worth remembering that the governing body of the judiciary has important functions assigned to it that are permanent and mandatory, which they must continue to carry out normally," Carlos Lesmes continued.

Despite the leak of Casado's WhatsApp to Sanchez, negotiations remain blocked. In a television interview, the Spanish PM claimed that the agreement had been "99%" sealed, but that during the month of August, the PP put the brakes on it. The opposition party maintains that, in order to agree anything with the Spanish government, Podemos leader and deputy prime minister Pablo Iglesias must first disappear from the equation.

The king present, his father gone

Dozens of people flocked to the Supreme Court at midday to cheer the Spanish king from some distance away. As required by protocol, Felipe VI presided over today's ceremonial judicial occasion, although no royal speech was made. The prosecutors of the Supreme Court have an investigation open to delineate the illicit activities of his father, Juan Carlos I, and whether or not those activities are protected by the immunity which the monarch possessed as head of state. The king emeritus was not in the Supreme Court today, but thousands of miles away, in the United Arab Emirates, the country to which he has fled. 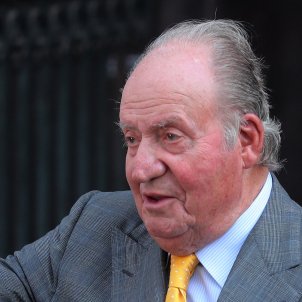 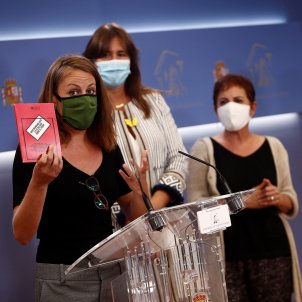 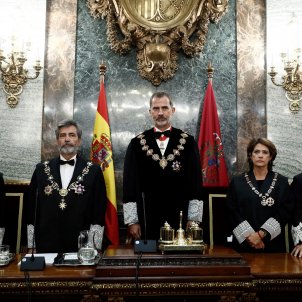 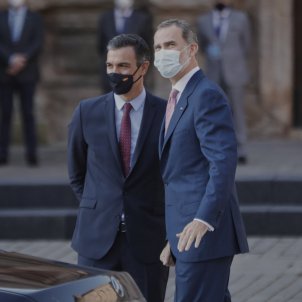