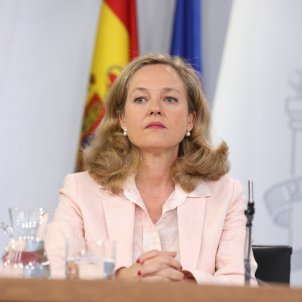 She started the race as favourite, but Nadia Calviño's candidature ended up not paying a dividend. The Spanish economy minister will not be the new president of the Eurogroup for the next two and a half years. This was decided on Thursday afternoon by the 19 finance ministers of the Eurozone. In a vote that was very tight, it was Irishman Paschal Donohoe who ended up selected, on the second ballot and having to come from behind. Calviño, who is one of Spain's four deputy PMs as well as holding the economic portfolio, had secured the support of heavyweights such as Germany and France, in addition to southern EU countries like Italy and Portugal. But this weighty backing, achieved after an intense campaign by the Spanish administration, was to no avail. Pedro Sánchez has failed his first test of fire, and in ten days he has another, much more important, when the European reconstruction fund is negotiated.

The contest for the presidency of the Eurogroup - the EU's economic decision-making group to which all its finance ministers belong - had to go to a second ballot for its resolution this afternoon. On the first vote, none of the three candidates  - not Calviño, Donohoe, or Luxembourg's Pierre Gramegna - obtained the necessary ten votes. Calviño was ahead of her two rivals, and Gramegna ended up retiring. But in the next vote, positions were reversed and Donohoe prevailed. From 13th July, the Irish minister will take over from the current Eurogroup president, Portugal's Mario Centeno.

On his Twitter account, the Irish minister said he was "deeply honoured to be elected new president" of the body, promising to work "with all my Eurogroup colleagues in the years ahead to ensure a fair and inclusive recovery for all as we meet the challenges ahead with determination."

I am deeply honored to be elected as the new President of the #Eurogroup. I look forward to working with all of my Eurogroup colleagues in the years ahead to ensure a fair and inclusive recovery for all as we meet the challenges ahead with determination pic.twitter.com/9k8EQfWSJa

The presidency of the Eurogroup is no small thing, and especially not in the midst of the major economic crisis arising from the coronavirus. While on paper it is an informal, unregulated body with no executive power, it does, in fact, mark the financial policy of the eurozone. It is the Eurogroup, for example, that decides whether a country is to be financially rescued or not, and under what conditions. The person exercising the presidency plays a critical an important role in mediation between opposing interests.

But the Eurogroup vote has also been the prelude to what is to come in ten days: the negotiation of the European reconstruction fund. This will be finalized during the European Council meeting on 17th and 18th July. It is key for the countries that are worst affected, those in southern Europe, which are fighting against the interests of the countries in the north. Spain proposed a plan worth 1,500 billion euros, which in the end has been halved: 750 billion euros. The southern countries also wanted the fund to be based on transfers and not debts. Finally, it will be a mixture of both, but it remains to be seen in what percentages.

Calviño is not the first Spanish candidate to fail in a vote for president of the Eurogroup. In 2015, Mariano Rajoy's economy minister Luis de Guindos suffered the same fate.

Editorial Why does Sánchez want to raise taxes while Europe is lowering them? José Antich 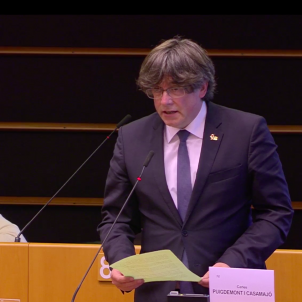