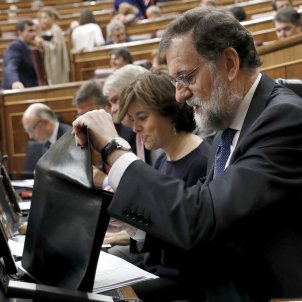 Catalan president Quim Torra's announcement of the composition of his new government - and in particular the restoration to their posts of two former ministers currently held in jail, and two others who are in exile abroad - has been branded as a "provocation" by the Spanish government, which almost immediately issued a statement threatening to block the four controversial nominations. The posts affected are those of the imprisoned Jordi Turull and Josep Rull, to the ministries of presidency and territory respectively, and the assignment of the exiled Toni Comín (to health) and Lluís Puig (culture), both men currently in Belgium.

According to Rajoy's executive, this new Catalan government "is a provocation because several ministers have fled from justice or are in a situation of provisional prison". The statement warns that the Spanish government, through its secretariat, will analyze the feasibility of the Torra government "given the personal circumstances of some of those designated".

Spain asserts that Torra doesn't want to return to "normality"

The Spanish state considers that Quim Torra "has wasted an opportunity to demonstrate his will to recover normality", asserting that his decisions show that he "wants to maintain the confrontation with the state and the majority of Catalan society". Finally, the official statement recalls that "both the government of the nation, and the constitutionalist political forces, have been demanding for some time for Mr. Torra to bring this political confrontation to an end".

Spanish government spokesperson Íñigo Méndez de Vigo had earlier announced, in a press conference following Friday's Spanish cabinet meeting, that he would take action if it was confirmed that the jailed ministers were to be restored to their posts.

Neither the ministerial nomination of the ministers nor the decree specifying the competences of each public department will come into force until they are published in the Catalan government's official gazette, which remains under the control of the Spanish government, through the direct rule of Catalonia implemented since October last year under article 155 of the constitution. 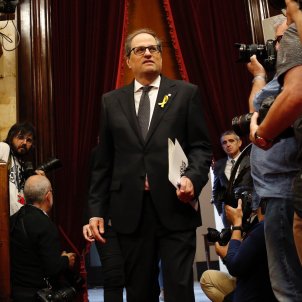 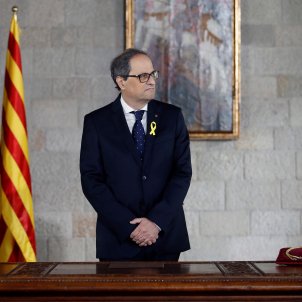