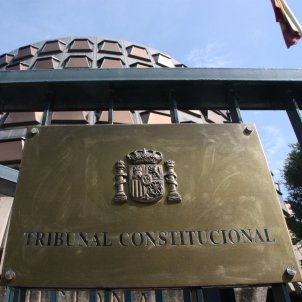 Meetings outside of its ordinary calendar of sessions, Spain's Constitutional Court has decided this Wednesday to reject the Catalan government's appeal against its agreement to hear the Spanish government's appeal that the July reform to the Catalan Parliament's rules is unconstitutional. This reform allows, at the request of a sponsoring party, to process a proposed law in a single reading, reducing the time necessary. It was designed for the Referendum Laws and to be temporary

The Court's plenary assembly took the decision to reject the appeal in a unanimous vote by the 12 magistrates during a hour-long extraordinary meeting this Wednesday.

On 26th July, Junts pel Sí (Together for Yes) and the CUP (Popular Unity Candidacy) approved the reform to the parliamentary regulations. The following day the Spanish government presented their appeal that the new wording of article 135.2 is unconstitutional, the article that establishes the single reading procedure. Once this appeal was presented by the central executive, the reform was automatically suspended, a suspension that was later confirmed when the Constitutional Court agreed to hear the appeal on 31st July.

After this, the Catalan government decided in a meeting to present their own counter-appeal to reverse the effects of the decision. Now their appeal has been rejected, the Catalan executive plans on presenting arguments in defence of the constitutionality of the rule and will request the raising of the suspension of section 2 of article 135 of the regulations.

Even though the Court's decision was anticipated, it is also true that they could have waited until September or resolved it through the holiday department, formed of three members. Regardless, the Court's president, Juan José González Rivas, has preferred to interrupt their holidays and to summon the magistrates to an extraordinary plenum to reject the Catalan appeal.

When it announced the presentation of its appeal, the Catalan government denounced what it considered to be an abuse of the law. "It is an indecency from the political and legal point of view", said the spokesman and minister for the Presidency, Jordi Turull. The Spanish government's unconstitutionality appeal, he said, was part of a "preventive and ideological persecution".

One of the Catalan government's main arguments is that the Spanish government has acted with discrimination, because the regulations of the parliament of 14 autonomous communities, as well as the Congress of Deputies and the Senate in Madrid, consider the single reading mechanism. 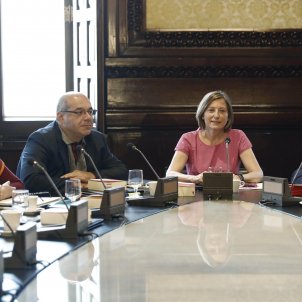 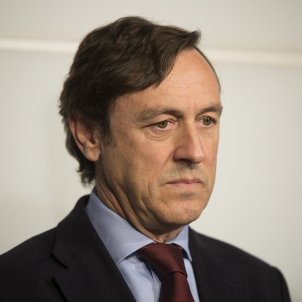