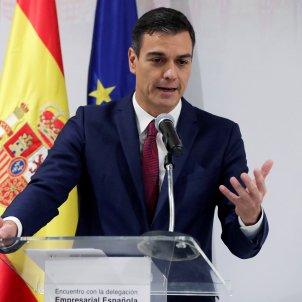 Spain has lifted its threat to vote against the Brexit deal between the United Kingdom and the European Union. The Spanish prime minister, Pedro Sánchez, has announced this decision in an appearance at his official residence the Moncloa. The change of Spanish posture has come about following a statement by the British government that assures that the Withdrawal Agreement imposes no "obligation or presumption" that the future relationship reached between London and Brussels will automatically apply to Gibraltar. However, according to the Spanish state secretary for European affairs, the statement does not have any juridical value.

The change of heart comes after Spain had threatened to undermine the desired unanimity at Sunday's EU leaders meeting by saying no to the agreement between London and Brussels, as it did not give any assurances that Spain's special interests in the situation of Gibraltar would be considered. Spain has decided not to pursue its initial goal of requiring modification of article 184 of the Agreement to include a specific mention of those interests, accepting the UK's word that it interprets article 184 as leaving the details open.

The UK statement reads: "His Majesty's Government notes that the sole purpose of Article 184 of the Withdrawal Agreement is to create best endeavours obligations for the Union and the United Kingdom to negotiate agreements governing their future relationship; that it imposes no obligations regarding the territorial scope of such agreements; and that there is therefore no obligation or presumption, on the basis of this provision, for such agreements to have the same territorial scope as the one provided in Article 3 of the Withdrawal Agreement".

Meanwhile, the government of Gibraltar has responded by reaffirming that it will "stick with Britain". Chief minister Fabian Picardo, emphasises that Gibraltar will continue to be British. "Brexit will have no effect on the British sovereignty of Gibraltar and the waters that surround it," said his statement.

Here is our statement about #Gibraltar’s future trade and other arrangements after #Brexit. We will stick with #Britain and look forward to negotiations with the #EU as part of the whole #UK family. See here for full statements from #HMGUK: https://t.co/xJLKaPzzql pic.twitter.com/AHhbfn4WhR

From the EU's Council, president Donald Tusk called for the Brexit agreement between the UK and the European Union to now be passed at Sunday's meeting, commenting that even though "no one has reasons to be happy, at least the 27 states of the EU have passed the test of unity and solidarity".

I will recommend that we approve on Sunday the outcome of the #Brexit negotiations. No one has reasons to be happy. But at least at this critical time, the EU27 has passed the test of unity and solidarity. https://t.co/N3EexasL2n — Donald Tusk (@eucopresident) 24 of November 2018 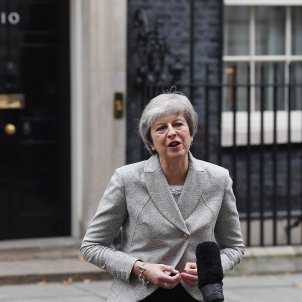