Sánchez promises to re-convene Spain-Catalonia dialogue: "In July, if possible" 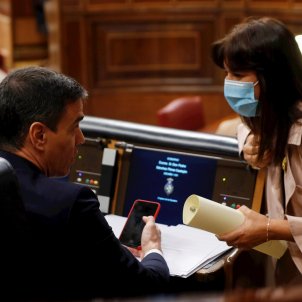 It was not put down in writing in the agreement reached over the weekend between the Spanish government and Catalonia's ERC, but Pedro Sánchez has now given his word in public: he wants to return to the dialogue table between Spanish and Catalan administrations once the coronavirus de-escalation has been achieved. From the lectern of the Congress of Deputies, the Spanish PM has once again asserted that the commitments he made on forming a government in January this year remain as valid as they were before the Covid-19 crisis. "We will resume as soon as possible," he promised. "If it can be in July, all the better, as it will mean that we have overcome the crisis," he added.

In his reply to ERC's Gabriel Rufián, the prime minister expressed his thanks for the "constructive abstention" of the Catalan party, and the "usefulness" of their vote. He reiterated that his government "is committed to dialogue, concord and co-existence" to build an "inclusive country", and said he reaffirmed the validity of "all those things that I proposed" during the investiture debate, such as the dialogue table between the two administrations.

On the other hand, Pedro Sánchez regretted the vote against the state of alarm by the party which forms the other half of the Catalan government coalition, JxCat, a vote which he said had "no reason to be" and which he compared with that of the right-wing opposition PP. He stressed that the Community of Madrid and Catalonia are the main focuses of the pandemic in Spain and therefore there is a need to limit mobility - which up till now has been achieved via the state of alarm powers. "It seems to me that the [JxCat opposition] has less to do with Spanish politics than with Catalan politics," the Socialist leader insinuated, reminding JxCat's Laura Borràs that "the sooner we get out" of this situation, "the sooner we will return to the state of the autonomous communities, and the sooner we can resume the dialogue table."

The difference in tone adopted by Sánchez with the two governing Catalan parties is a reflection of the agreement that was reached last Saturday with ERC, securing the party's abstention in today's state of alarm vote, in return for an agreement that the powers stripped from the autonomous communities during the crisis will be restored in Phase 3 of the de-escalation. On Saturday, ERC also asserted that Pedro Sánchez had undertaken to re-convene the dialogue table soon, but this was not included in the written agreement. Meanwhile, JxCat, not party to that deal-making process, has continued in its opposition to the extension of the emergency status. Laura Borràs denounced that the competencies which Sánchez is now "promising" to return should never have been recentralized. 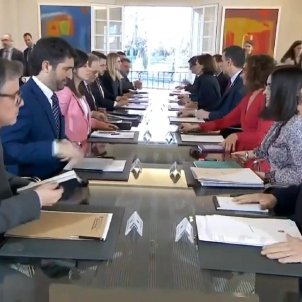 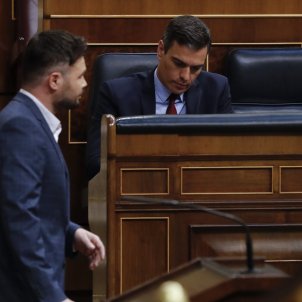