The land of South Tyrol, part of the state of Italy, has made a unanimous declaration in its Parliament expressing solidarity with the Catalan political prisoners and the right to self-determination. The Tyroleans have called for compliance with the demands made by Amnesty International last October as part of a move towards a peaceful settlement of the conflict and a legally-secure status for the freedom of expression.

In a statement filmed with a pro-independence estelada flag in the background, MP Sven Knoll has demanded that no futher Catalan independence activists should be sentenced to prison and that those already serving sentences should be released.

A photo showing South Tyrolean representatives holding an enormous estelada at the door of their parliament was also released by the MPs as "a visible sign of solidarity". They consider that minorities and foreign groups in Europe must "jointly fight for their rights". 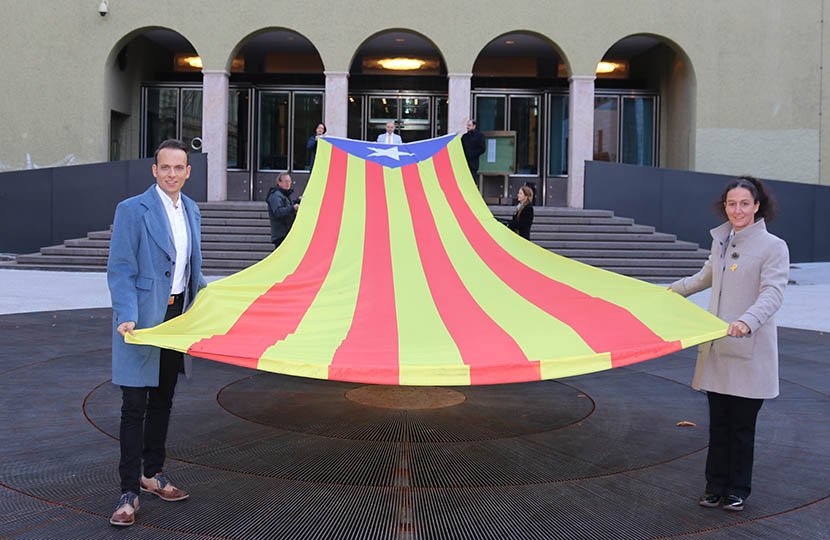 Knoll, a representative of the Freedom for South Tyrol party, explains in the video: "South Tyrol also depended on international solidarity in the 1960s and will need it as soon as we depart from Italy."

According to Knoll, the European Union is bound to face growing demands for independence, and he sees Brexit as a good example because it "clearly shows that, in minority regions, only independence can provide protection against foreign control". He adds: "This also applies to South Tyrol, because with Italy our future is not secure."

South Tyrol is a region with about half a million inhabitants. Its official Italian name is Alto Adige and in the Italian administrative division it is part of the Trentino-Alto Adige region. The population is predominantly German-speaking, but the largest cities have recently undergone a major substitution process in favour of Italian.