Rull: "I hope to come back on Monday as a minister for the Republic" 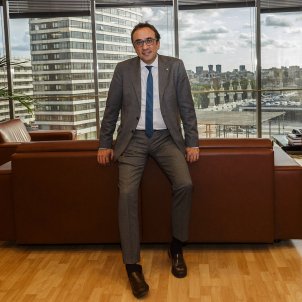 The Catalan minister for Territory and Sustainability, Josep Rull, has said that on Monday he hopes to come back to work "and not as part of the current Catalan government within Spain, but as a minister in the new Catalan Republic." His words prompted a healthy round of applause from those who were present.

The Catalan politician quoted Nelson Mandela: “As Mandela said, a winner is a dreamer that never gives up. We, the people of this country — whatever we think, whether we were born in Catalonia or elsewhere, whether we speak, love and dream in Catalan or speak, love and dream in Spanish — we have never, ever surrendered in the challenge of leaving our children a better country. Thank you all very much for being there, thank you very much for what you will continue to do. On Monday my desire is to come back here and no longer be a minister in the Catalan government within Spain, but to be a minister in the new Catalan Republic".

The video clip was tweeted by Pere Grau Valls, national secretary of the independence group Catalan National Assembly, who added "And the same for all the ministers of the Republic!" The group that Rull is speaking to and the timing of his words are not clearly identified. Very probably, the recording was made on Friday afternoon and, given the context, he was addressing officials and civil servants in his ministry. 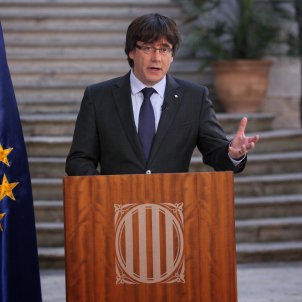 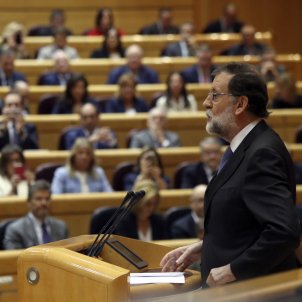