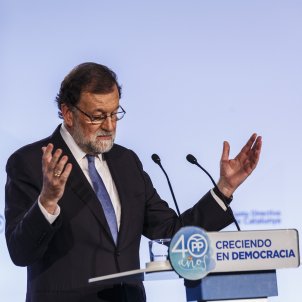 Mariano Rajoy feared that Benjamin Netanyahu would empathize with Catalan nationalism. For this reason, the former Spanish prime minister threatened Israel with recognizing the state of Palestine if the Jewish state showed any support to Catalan independence as the movement gathered strength in 2013. This is asserted by Madrid digital daily Vozpopuli which says the evidence comes from former Spanish foreign minister, José Manuel García-Margallo, in an as-yet-unpublished memoir which the newspaper has had access to (link in Spanish).

Rajoy never spoke to the Israeli prime minister himself on the issue, but rather it was García-Margallo who was assigned the task of transmitting the Spanish government's message. According to Vozpopuli, the former Spanish foreign minister reveals in his memoir that he transmitted Spain's threat "with absolute clarity" in a one-on-one interview with Netanyahu, in April 2013.

García-Margallo also allegedly explains in his book how the Baltic states were pressured to prevent them maintaining relations with the Catalan independence movement. As well, the Spanish foreign minister warned Alex Salmond that if the Scots backed an independent Catalonia, Spain would veto the access of an independent Scotland to the EU.

García-Margallo claims that his diplomatic manoeuvres were very useful in preventing any country from recognizing Catalonia after the referendum on 1st October 2017.

Meanwhile, an Israeli journalist who suggested last year in The Times of Israel that the Jewish state would recognize the independence of Catalonia if Spain unilaterally recognized Palestine, Daniella Levy, has now tweeted a message suggesting that such a diplomatic tit-for-tat could still happen - and the consequences could be "catastrophic" for Spain, but of no great importance to Israel.

Specifically, she has responded to the alleged plan by the former Spanish PM to pressure Israel by sending an ironic reply aimed at Mariano Rajoy himself, advising him: "Don't push us, pal". Her message is that any such exchange of diplomatic actions would hurt Spain much more than Israel, and that with the Israeli government in turmoil and therefore "supercranky", Spain would be wise not to risk provoking Israeli ire:

This is cute, Rajoy, but as I wrote for the @timesofisrael last year, Spain recognizing Palestine would have no real consequences. Israel recognizing Catalonia would be catastrophic to Spain. Don't push us, pal, our gov't is in turmoil & we're super cranky https://t.co/AwFShN15Fy https://t.co/r5w4cy6Ub4

In her article in The Times of Israel last year, Levy made reference to the fact that Podemos party leader Pablo Iglesias had proposed to Spanish PM Pedro Sánchez that Spain should be the first country in the EU to unilaterally recognize the Palestinian state, and Sánchez said at the time that he would study the plan. The writer's response was that, should it happen, Israel should recognize Catalonia. According to Levy, Catalonia and Israel are "natural allies." 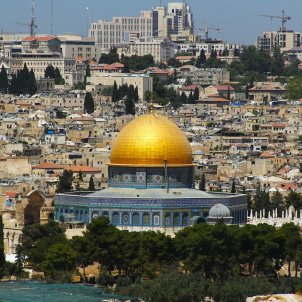 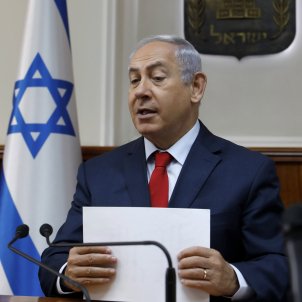