Dozens of people took part in a protest this afternoon in Coinga on the island of Menorca against Spain's current king and queen, Felipe VI and Letícia, who were on an official visit. Protesters were blocked by a large contingent of Civil Guard officers, preventing them from getting close to the monarchs, with only pro-monarchists being allowed to pass the police barriers.

The Spanish head of state and his wife came to the town of Coinga, accompanied by Spain's interior minister, Fernando Grande-Marlaska, to visit the local cheese factory of the Cooperativa Insular Ramadera. From a distance, protesters chanted "Menorca has no king" and "Valtònyc, freedom" and complained on social media that the Civil Guard had blocked their entrance while allowing Bourbon supporters free passage. The contrast in treatment for the two groups caused some tense moments. 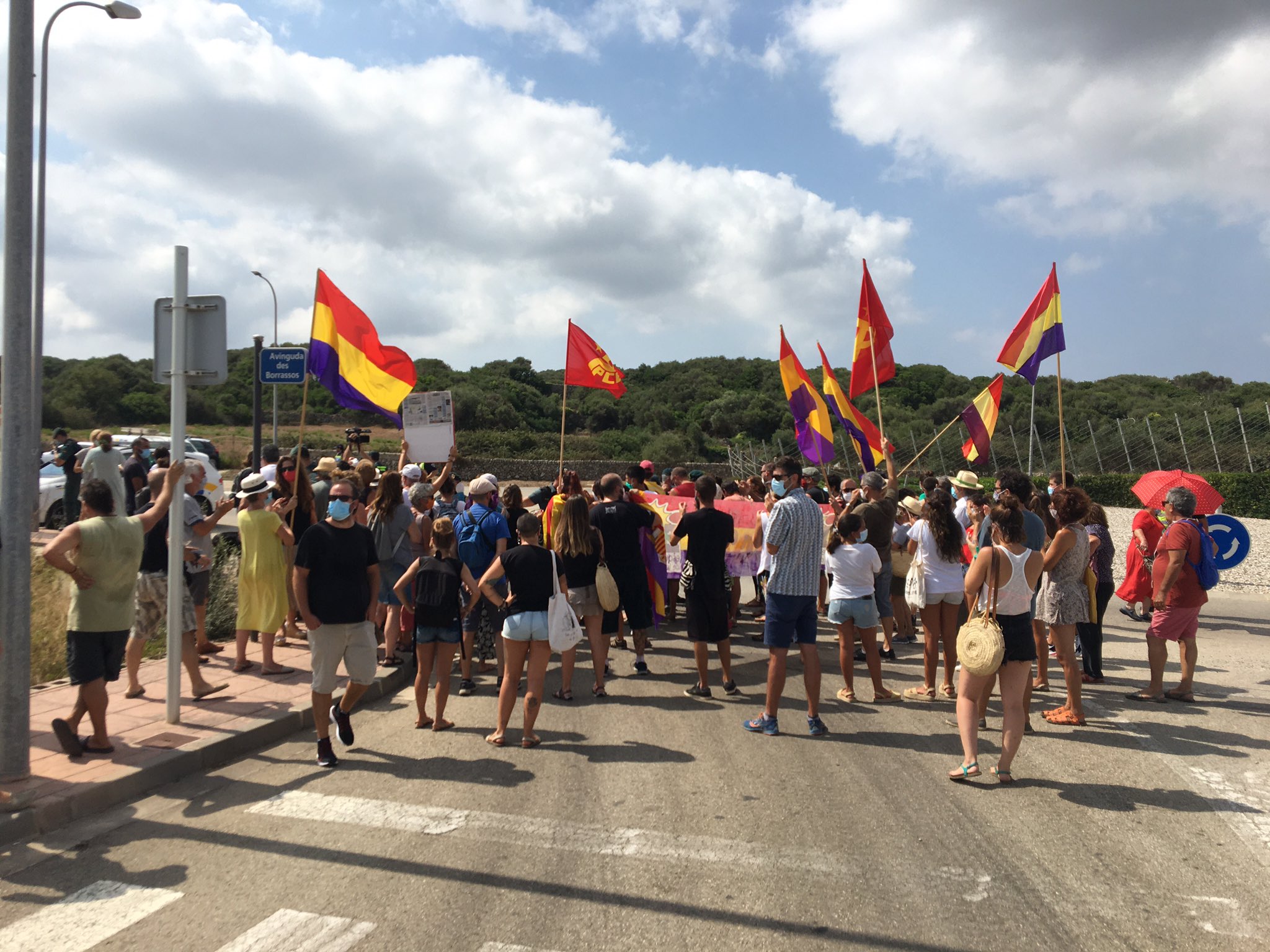 Translation:
"No respect for the freedom of expression. Those with Spanish flags and chants of "Viva España", come on through. Those with Republican flags and banners, kept back, hidden and censored.
This is Spain. If you can't see it, it's because you don’t want to."— gat rumberu

Menorcan groups also demonstrated in the Mediterranean island's two main towns, Ciutadella and Maó, bearing slogans such as "Learn from what your father did and go away!". About 300 people attended the protests and read a manifesto demanding that the Menorcan Council and the Balearic government withdraw the gold medals awarded to the king emeritus Juan Carlos I "as he has proved unworthy of the awards". 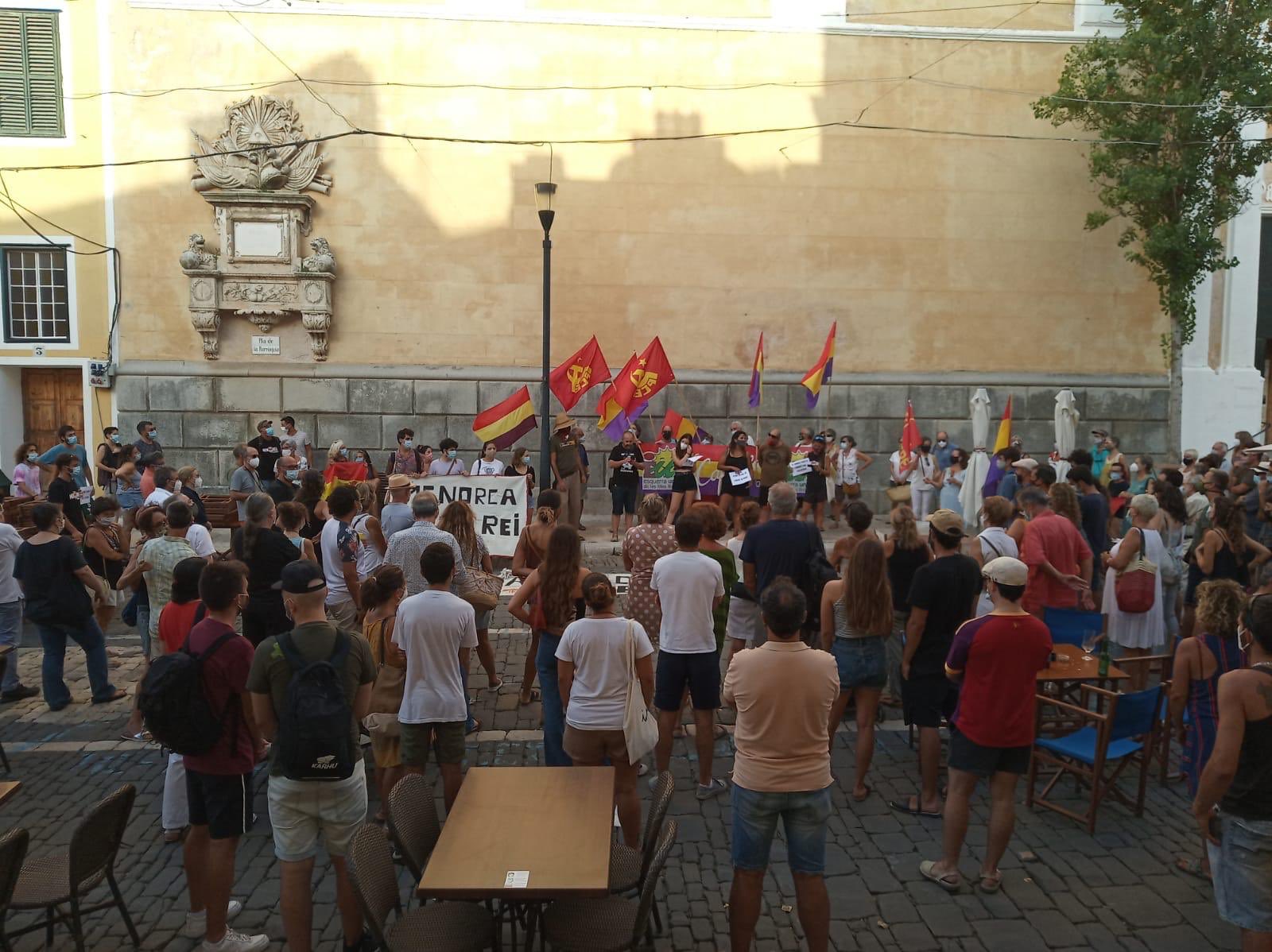 In the midst of the controversy over Juan Carlos I's flight into exile, and also in the middle of their summer holiday, Felipe and Letizia made their first official visit of their stay to Menorca. They saw how cheese was made, and also saw how the far-right organization Concordia Real Española waved "Spain loves you" banners. Those of their subjects who came to express their displeasure at the monarchs' visit were, however, kept away from the royal gaze.