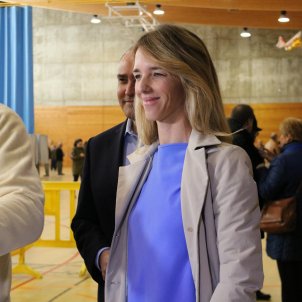 The parliamentary spokesperson for Spain's Popular Party (PP), Cayetana Álvarez de Toledo, has made an unexpected comparison between the political situation during the Basque conflict - in which more than a thousand people died in the half century ending in 2011 - and today's political scene in Spain. The period when "ETA terrorists were killing was a terrible time from a human point of view," she said, but "the current political situation is more difficult" because "back then, the PP and PSOE were together in the same bloc".

In an interview published by the newspaper El Correo, summarized by Europa Press, the PP deputy and spokesperson warns that "in Madrid people are not aware of the depth and seriousness of the Basque separatist movement", that the Basque lehendakari (president), Iñigo Urkullu is seen as "a moderate" and that his party, the Basque Nationalist Party (PNV), as "a serious party, a party of state", even though in her view they are not.

Álvarez de Toledo, who "doesn't trust" the PNV, asserts that, "when Madrid attributes too much legitimacy to Basque nationalism, it is abandoning the Basque constitutionalists," a bloc that the PSE, the Basque associate of the Spanish Socialist party (PSOE), has "excluded itself" from to cross over to "the other side". In her view, the Socialists have made a "dramatic betrayal" of their "own history and the great constitutional pact".

"When ETA was killing it was a terrible time from a human point of view. It was a brutal challenge. But the current political situation is more difficult. I repeat, I'm referring to the political situation, but it's precisely because of [that distinction]. Because at that time the PP and PSOE were together in the same bloc. But the Socialists have left, and this weakens us," she explains.

Asked about the PSE's criticisms of the PNV with regard to the draft of the proposed new Basque Statute of Autonomy, the PP spokesperson says that she has "no reason" to trust what the PSOE might do. "The Socialists will have to define themselves. And we will see if they clearly combat the supposed right to self-determination," she adds.

She is critical of the fact that Socialist leader Pedro Sánchez "defends what he calls the pluri-nationality" of Spain, which, in the opinion of Álvarez de Toledo, implies "the defeat of the Spanish nation which was born in 1978". The PP spokesperson accuses Sánchez of being ready "to do anything to stay in government", so that, in her view, "they are assembling a government of sedition".

The PP spokesperson backs a government of "constitutionalist coalition". "And I mean, becoming part of the government, not abstaining so that Sánchez can govern with Catalan pro-independence party ERC," she says. In any case, she emphasizes that the Socialist leader has become "an insurmountable obstacle." "Is there any option within this equation for the constitutional order to be saved? I would have to carry out a huge exercise of will [to believe that]," she adds.

Finally, asked about the differences she has had in the past with the leaders of the Basque PP, she notes that last Friday they participated in a joint action to mark Spain's Day of the Constitution and, after pointing out that "turmoil is always regrettable," she explains that she has carried out "a reflection on the need to build and convert the Basque PP into a clear alternative to the PNV in its plans for hegemony and rupture, and we are working to achieve this goal."

"We are in clear agreement on what needs to be done: provide a clear and differentiated alternative to the PNV and to be the loudspeaker in the rest of Spain of what is happening here," says Álvarez de Toledo, who says that "of course" the PP central leadership supports the Basque PP leader, Alfonso Alonso. 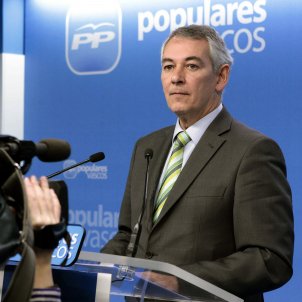