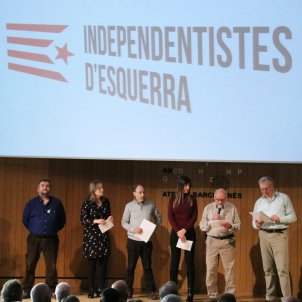 The group has officially publicised the manifesto, whose content had been known a few days ago, in favor of a transversal "organisational agreement" around president Puigdemont, Catalan ministers in exile Toni Comín and Clara Ponsatí, and the Council for the (Catalan) Republic. The text advocates the creation of a "Catalan political candidacy originated from democratic radicalism, from bottom to top", with the support of political parties and other pro-independence groups.

In the event, a website was also presented in order to prepare the open assembly convened for March 29th. The meeting goal is to approve a "common strategy" for pro-independence groups and parties towards the upcoming election. This could mean the creation of a new pro-independence political organization. 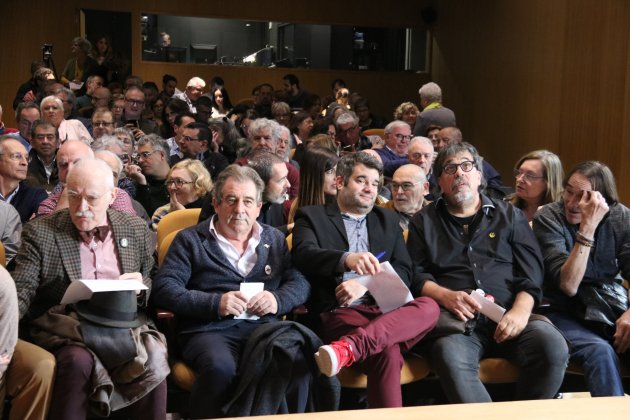 The purpose of the website presented is, first of all, to add signatories to the manifesto, which at this point already has more than 1,100 . Those interested can also register to participate in the March 29th founding assembly and submit amendments to a series of documents that will be discussed that day.

Those registered can submit the amendments they consider necessary from March 9th to March 24th. The text and the subsequent amendments will be debated and voted at the open assembly. According to Jaume Marfany, who has presented the group, it will be a process "similar to the beginnings of the Catalan National Assembly (ANC)".

6 hours have passed from the presentation of the website... We are already 1189 signatories! If you haven't done it yet, join us! — Independentistes d'esquerra

At the event, Jordi Romeva, Imprisoned Catalan minister Raül Romeva’s father and member of the Council for the Republic, has asked the imprisoned pro-independence leaders to "pass on the baton" to other people.

Montblanc town mayor, Josep Andreu, who quit Catalan Republican Left (ERC) some days ago and attended the event, stated in an interview with Catalan news agency La Xarxa that: "Catalan pro-independence movement needed redirectioning so that the independence process didn't land towards autonomism".

One of the latest to join Independentistes d'Esquerres has been Chema Clavero, former president of Spanish speakers' Catalan pro-independence group Súmate.