Carles Puigdemont is about to begin a key week. The exiled Catalan president faces two important European court dates in the next few days, beginning on Monday when the former Catalan leader appears in Brussels (along with Toni Comín and Lluís Puig) over the European arrest warrant issued by Spain for his extradition, and continuing on Thursday with a court ruling which is crucial to his political future although he is not directly involved in it: the EU Court of Justice's (CJEU) decision on the preliminary questions relating to the parliamentary immunity of his former vice president, now imprisoned, Oriol Junqueras.

In the case of Junqueras, an advocate general for the Luxembourg-based EU court, Maciej Szpunar, gave his view two weeks ago that MEPs are regarded as holding the position from the moment that election results are proclaimed. Szpunar therefore rejected the arguments of Spanish justice and stressed that the recognition of those elected as parliamentarians cannot be made dependent on other formalities, such as - in this case - swearing allegiance to the Spanish Constitution. The advocate's conclusions are not binding but usually indicate the thrust of the final court decision. The CJEU's ruling on Junqueras could greatly alter the situation of Puigdemont and the effect of the arrest warrant he is facing.

Szpunar made it clear that during their term as elected representatives, MEPs must enjoy immunity both in their own national territory and in any other EU country, against any "measure of detention and all judicial action". The attorney general admits - not without some points of reluctance - that, as Junqueras has already been convicted based on a strict application of Article 9 of the Protocol on the functioning of the European Parliament, the CJEU's decision may be meaningless.

However, Puigdemont has not been tried or convicted, and neither have his former ministers, now also in European exile, Toni Comín and Clara Ponsatí. Puigdemont and Comín both won seats as MEPs in the elections in April, and although Ponsatí narrowly missed out, she could enter the European Parliament in the coming weeks, when Brexit becomes a reality and the seats of British MEPs are redistributed. The decision of the CJEU will certainly affect them if it confirms the opinion of the advocate general, or at the very least, supports the line of two appeals on the preliminary questions presented by Puigdemont's defence.

For the moment, when questioned about the Junqueras case, European parliamentary president David Sassoli has admitted that the chamber is prepared to implement the sentence.

For this reason, in Monday's hearing before a Brussels court which has to rule on the European arrest warrant issued against Puigdemont, the exiled president's lawyers will request a "suspension of the procedure" until doubts are cleared up about the status and immunity of the exiled Catalan politician.

In the appeals it is presenting, Puigdemont's defence points to what it considers an indispensable prerequisite of actionability, which requires the prior clarification of doubts about the president's immunity before any decision on the arrest warrant can be made.

In particular, lawyers will ask that before deciding on the arrest warrant request, the judge should either rule on the immunity of the exiled Catalan president, or wait for the CJEU to do so on Thursday, or, as a third alternative, wait for the judicial ruling on the two appeals made by Puigdemont himself to the Luxembourg court. As a final possibility, the lawyers will also raise the option that it should be the Belgian court which presents it own preliminary questions before the CJEU.

In conclusion, argue Puigdemont's lawyers, the European arrest warrant procedure should be suspended, which would then allow the judicial process to continue until the next court appointment, that of Thursday in Luxembourg. 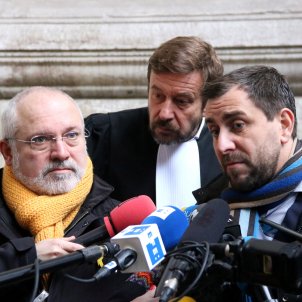 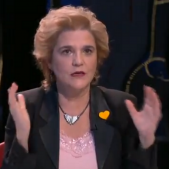 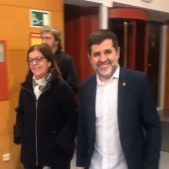 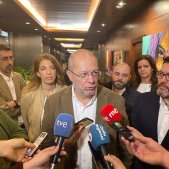