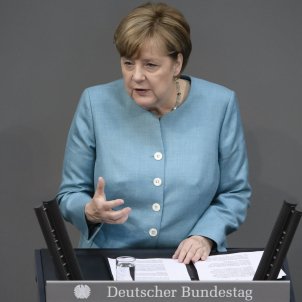 German chancellor Angela Merkel has this Sunday announced the suspension of arms sales by Germany to Saudi Arabia until the Middle Eastern country clarifies the death of journalist Jamal Khashoggi on 2nd October in the Saudi consulate in Istambul. "Arms exports [to Saudi Arabia] cannot take place in the current circumstances", the chancellor affirmed.

A few hours previously, London, Paris and Berlin had issued a joint statement declaring that there was "an urgent need for clarification" of the circumstances of the "unacceptable" death of Khashoggi, a journalist who was critical of his country's monarchy. The joint statement maintained a skeptical attitude about the explanations given so far by Saudi authorities.

"We take note of the Saudi statement which gives their preliminary findings", said the three countries in their joint message. "Yet there remains an urgent need for clarification of exactly what happened on October 2nd – beyond the hypotheses that have been raised so far in the Saudi investigation, which need to be backed by facts to be considered credible. 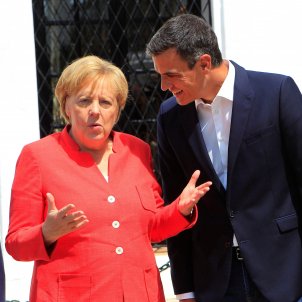