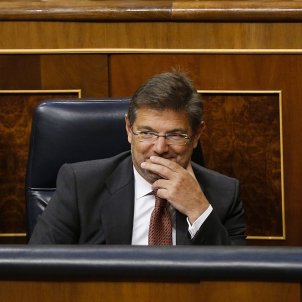 Mariano Rajoy's Spanish government confirmed on Saturday that State Legal Advisors have already asked the Catalan parliament for documentation on its decision to lay a complaint against Supreme Court judge Pablo Llarena. The reason for the Spanish state lawyers' move? To investigate whether the Catalan move could itself constitute a possible offence of misappropriation of funds, according to sources in the Spanish executive.

On Friday, the Bureau that presides over procedural matters in the Catalan Parliament approved the proposal made by the speaker of the chamber, Roger Torrent, to lay a complaint against the judge for alleged malfeasance. The motion, passed with the votes of the pro-independence parties JxCat and ERC, was adopted after the judge had refused to grant permission to Jordi Sànchez, MP imprisoned on remand, and now the candidate for the Catalan presidency, in order for him to attend the planned debate for presidential investiture.

Sources in the Spanish government said on Saturday that the state legal services have already requested documentation about this decision by the Bureau to make a complaint, in order to investigate whether it could constitute an offence of misuse of public funds. Such an action would be brought to court by a criminal charge, not via the Constitutional Court, the sources say.

Spanish prime minister Mariano Rajoy had warned on Friday that if the complaint "is paid for", the Catalan Parliament might be committing a crime of misuse of public funds. In his opinion, "all that the Catalan parliament has to do" - and which it has not done since the election of 21st December - is to "choose a Presidential candidate who complies with the law", who is "in a situation where he or she is able to govern" and who will "attend to the general interests of citizens".

Prior to these statements from the PM, Spain's education minister and government spokesperson, Íñigo Méndez de Vigo, also warned that the complaint by the Catalan Parliament could constitute "misappropriation of funds, among other offences." 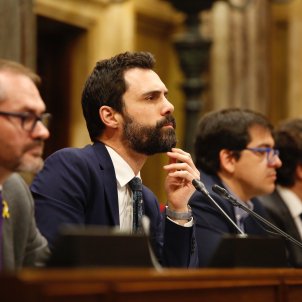