JuntsXCat says Puigdemont will be voted President, and Spain can't prevent it 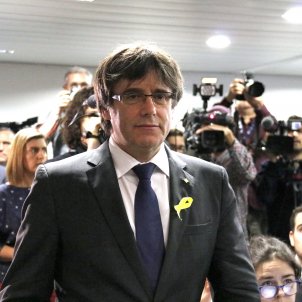 Carles Puigdemont is the "big winner of the Catalan elections" and the Spanish state must "accept the result", says the candidature Together for Catalonia (JuntsXCat). And as a consequence, asserts JuntsXCat, "Puigdemont will be invested president" and "the Spanish state will not be able to prevent it".

This is what the pro-independence list which Puigdemont heads has stated on Friday in an internal communiqué, with negotiations now underway to form the Board which will preside over the new Catalan Parliament, as a necessary and important step to forming a new government. An assertion that has emerged on the same day as the Spanish prime minister, Mariano Rajoy, has announced that he is calling the first constitutive meeting of the new Parliament on Wednesday 17th January.

JuntsXCat, the so-called "president's list", considers that the election result on 21st December was "extraordinary", since the pro-independence absolute majority was revalidated in "an exceptional, violent climate, with people in prison or in exile and the Catalan institutions suspended".

Because of that, JuntsXCat defends that Catalans "cannot accept as normal that the result is not accepted" and assures that "we will not budge from the democratic principle: whoever has been chosen democratically must have the chance to be invested" as president. Moreover, members of the pro-independence candidacy assert that those groups who do not want Puigdemont to be invested are those that "do not believe in democracy". "How can the republic be constructed if we do not first defend our institutions?", they ask.

In this regard, the candidature recalls one of its great slogans of the campaign, "To bring back the president, you have to vote for the president", and that "something that the people have voted for cannot then be changed by Parliament". Because of that, JuntXCat say they "cannot accept that somebody blocks the democratic will of the people" and demand that pressure must be put on Madrid. "The state needs to solve the problems that the state itself has generated", they say.

However, the candidature does not give any clues as to the strategy it will use to turn the investiture of Puigdemont into a practical reality, since his return to Catalonia would prompt his immediate arrest, and a telematic investiture from Brussels would require a reform of parliamentary regulations that could be appealed in the Spanish Constitutional Court. 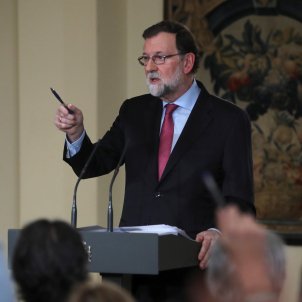 Editorial First battle of the new Catalan Parliament: who will be Speaker? José Antich