Junts warns: "With the Mercè coming up, the Ada Colau council is overwhelmed"

With just over three weeks to go until the celebration of Barcelona's festa major, La Mercè, and after the serious law and order problems that took place repeatedly at night during the recent Gràcia and Sants festivities, Jordi Martí, municipal spokesperson for the Junts party in Barcelona, has made clear his position on the current situation of the municipal government led by mayor Ada Colau (BComú) and first deputy Jaume Collboni (PSC): "The Colau Collboni government is overwhelmed."

In an appearance before the media this Tuesday morning, Martí expressed Junts's concern "about the seriousness of the events at the festes in Gràcia and Sants and other districts of the city" and about the lack of political response from the Ada Colau mayoralty in response to these problems”.

Martí also had harsh words for the deputy mayor responsible for security, Albert Batlle, who this week defended the need to rethink the hours of "night-time activity" in order to "decompress" the large gatherings that are taking place at the time when bars and restaurants close - currently12:30am - as a way to avoid the "botellons" or street booze-ups that have become commonplace. "A few days ago he proposed putting a limit on night-time activity at 1am and now he says we need spaces for decompression," said Martí, who described Batlle's way of proceeding as "erratic", adding that "Colau has disappeared and when she does show up she feels harassed because they boo her, and as for Mr Collboni, we know nothing”. 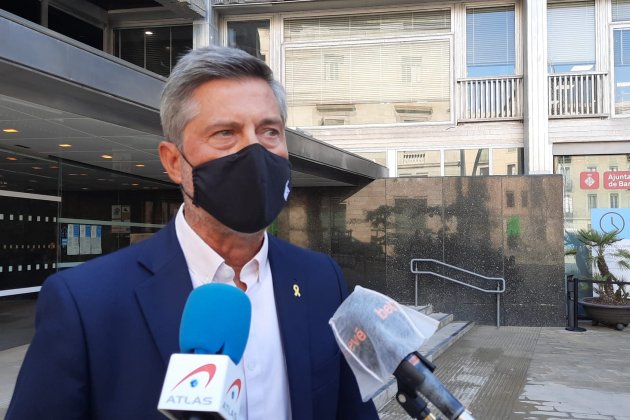 As a consequence, Martí stated that "Barcelona is experiencing a serious situation of degradation, both in public and private spaces" and he thus called for a "comprehensive rethink on strategies for prevention, civic behaviour and law and order in the city of Barcelona" .

"We call on the municipal government to ensure there is no way that the events of Gràcia and Sants could be repeated at the Mercè," added the Junts spokesman, asking the Colau team to take advantage of the remaining days to "rectify the police operations" in addition to working on “prevention, planning and anticipation”, to avoid "uncontrolled booze parties" as well as possible "riots" and "assaults on the police".

In addition, Martí wanted to send a "message of support" to the police corps, especially the Barcelona city force, the Guàrdia Urbana, for "the difficult situations they have had to face" in recent days and endorsed the criticism of the police unions "in relation to to the strategies of the city council in the face of mass botellons involving  4,000 people "such as that in the Parc de l’Espanya Industrial, in Sants, last weekend". 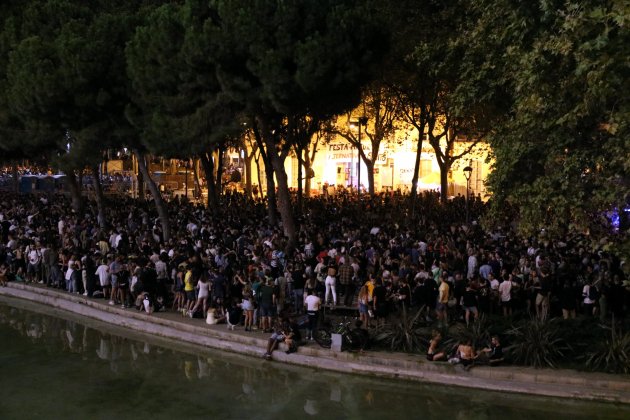 Above and main image: Massive 'botellon' last weekend in Sants / ACN (above ) and Carlos Baglietto (main)