What is a festa major?

Literally, "main festival". Think block party, but bigger: they're free local festivals which can last three days or longer. Almost every town, city, even neighbourhood holds their own at some point during the year, one day of which might be a local bank holiday. As you might expect, they normally originated in commemorations for the area's patron saint or the anniversary of an important event, but now they're far more than that. 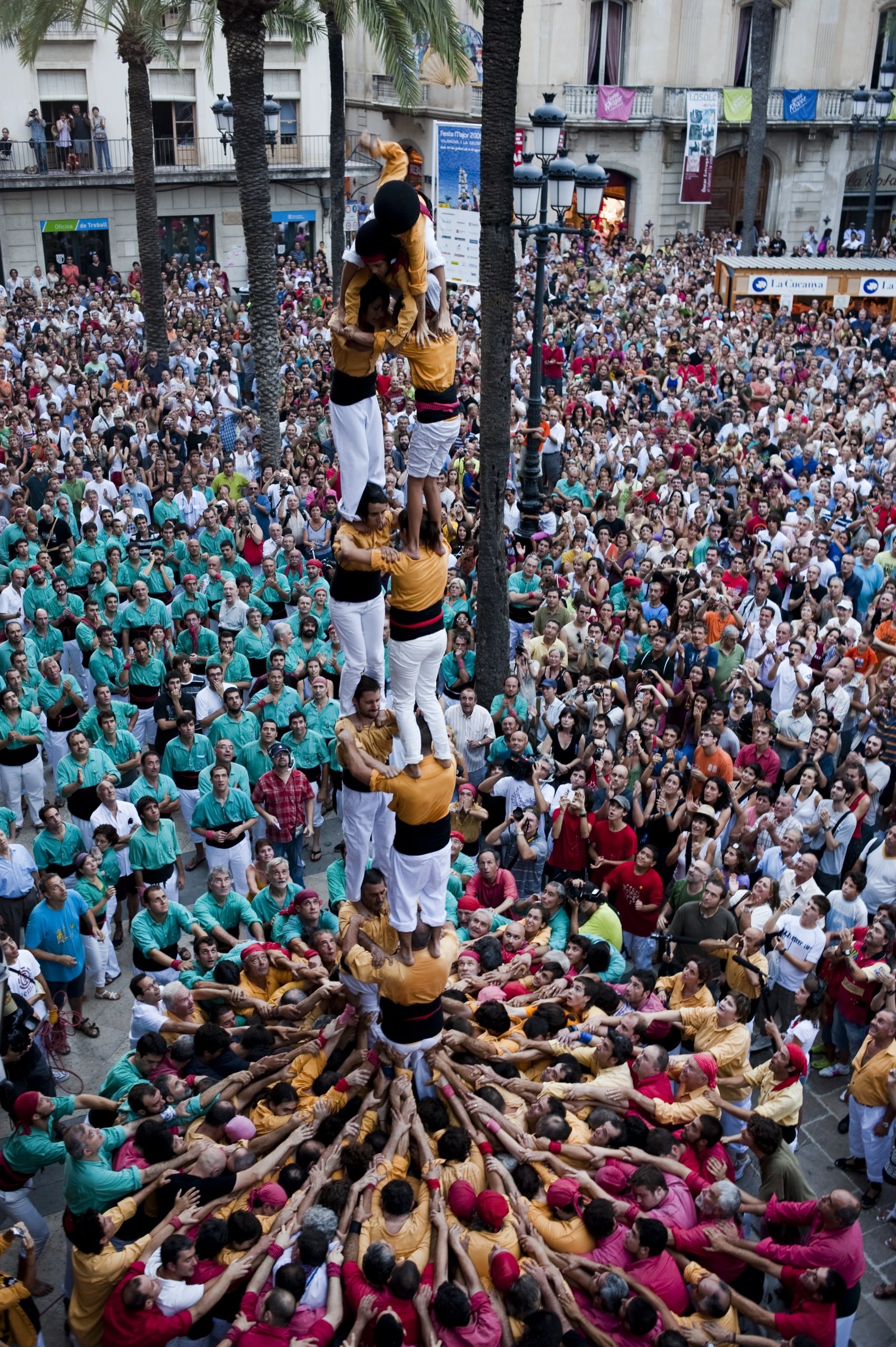 Many places hold their festa major in summer, although not everywhere, so you've got a good chance of catching one whenever you're here. The Barcelona neighbourhood of Sant Antoni, for instance, holds its one in January; whilst Sant Andreu's comes at the opposite end of the year, in November or December.

What kind of events take place?

The events will vary from year to year and location to location. Things tend to kick off with a pregó speech by a local dignitary or celebrity. There are often also religious ceremonies and vigils, relating to the patron saint or other important dates in the liturgical calendar. 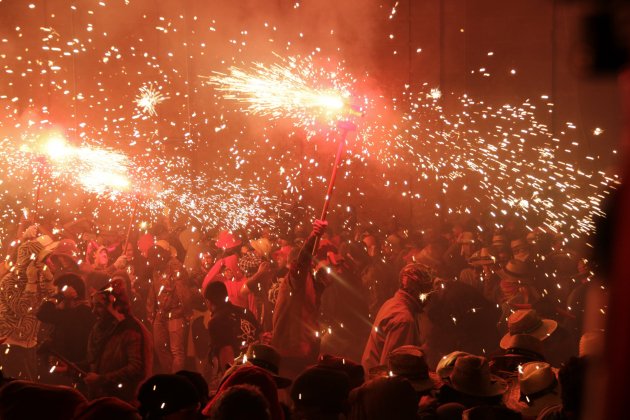 A correfoc in Cervera / Photo: ACN

Then there are the less serious events. A lot of these are Catalan traditions like castells human towers; correfocs, when people dress up as devils and dance along the streets waving sparklers and fireworks; and gegants i capgrossos, parades of people wearing costumes several metres tall of different characters. There's also a wide range of live music and dancing, from the most traditional to the most modern, plus fairground rides and special events for children.

Which are some of the best in Catalonia?

La Mercè (around 24th September) - Barcelona's own festa major, celebrating the city's patron, the Mare de Déu de la Mercè (Virgin of Mercy). Notable is the piromusical, the closing synchronised fireworks and music display at Montjuïc's Magic Fountain. There's also a "guest city" each year, invited to share its own culture and art: in 2019, the guest city will be Beirut, following Lisbon (2018) and Reykjavik (2017). 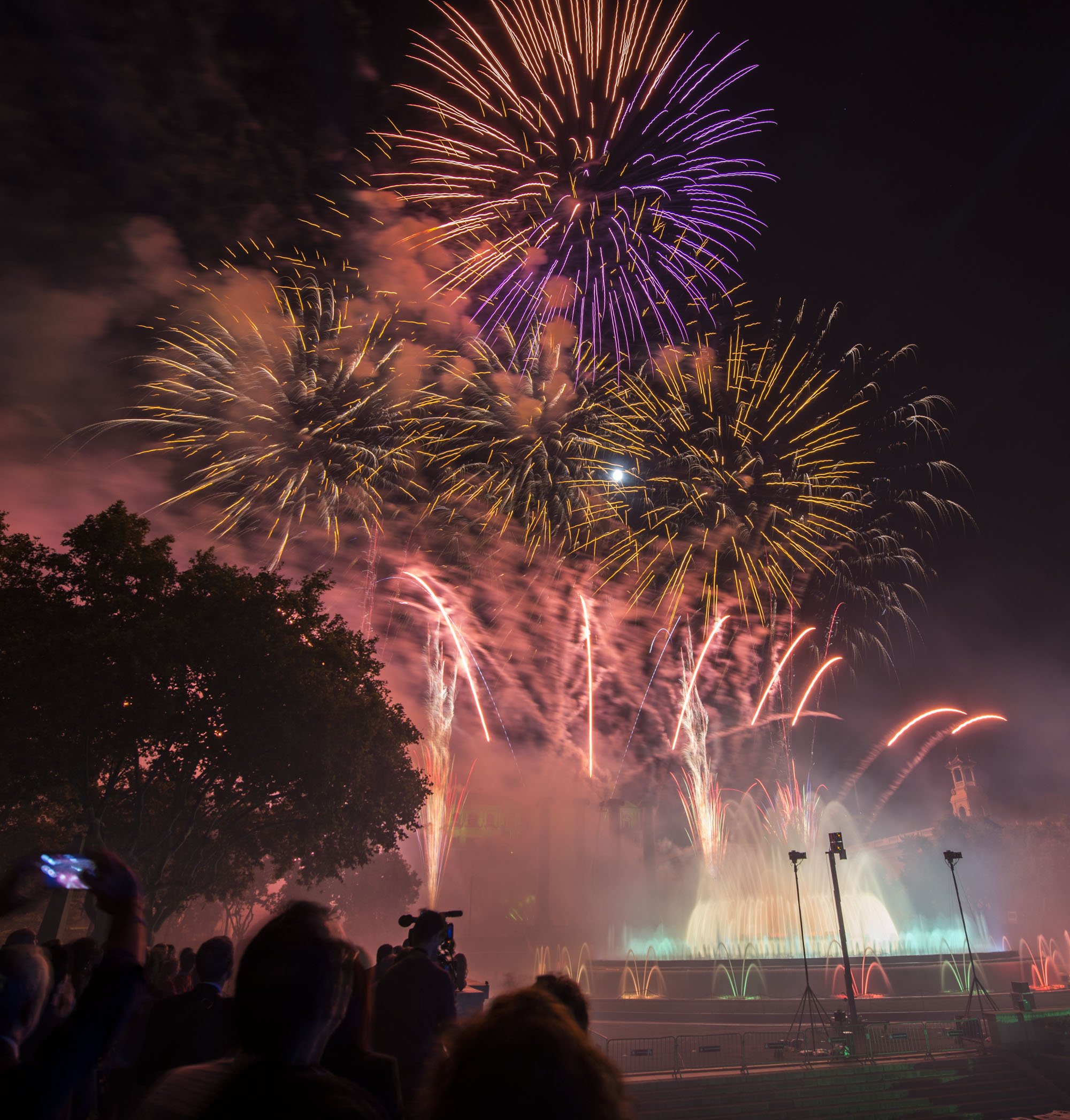 The 2018 piromusical at the end of Barcelona's La Mercè festival / Photo: ACN

Gràcia (second half of August) - Of all Barcelona's neighbourhoods, the bohemian Gràcia holds easily the best known festa major. The highlight is the street art competition, where local residents decorate their roads under all manner themes. 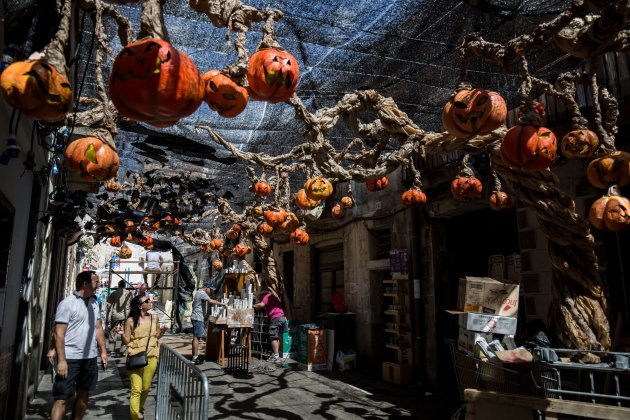 A 2019 display during the Gràcia festa major / Photo: Carles Palacio

La Patum de Berga (late May or June) - Berga is a small town in northern Catalonia, and la Patum its most famous child. The earliest record of a procession for Corpus Christi in the town dates from 1454; since 2005, the modern version has been a UNESCO Masterpiece of the Oral and Intangible Heritage of Humanity with its dances (balls in Catalan). These feature locals dressed as mythical figures, accompanied by highly rhythmic drumming and impressive displays of fire and pyrotechnics. 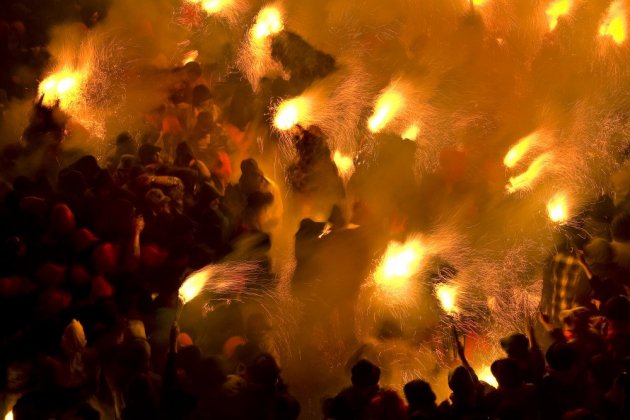 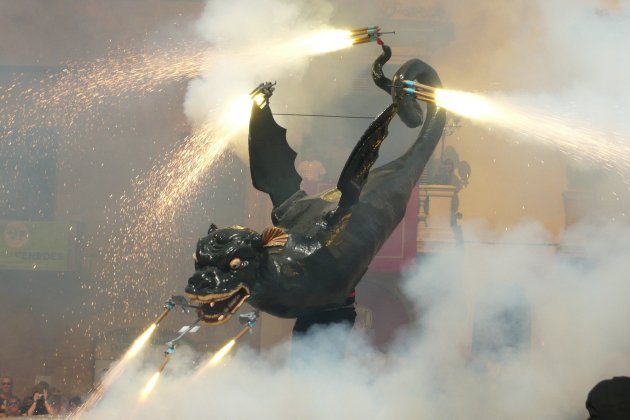 The Catalonia Guide So you're planning to visit the Sagrada Família?

The Catalonia Guide Why are there so many different flags around Catalonia?